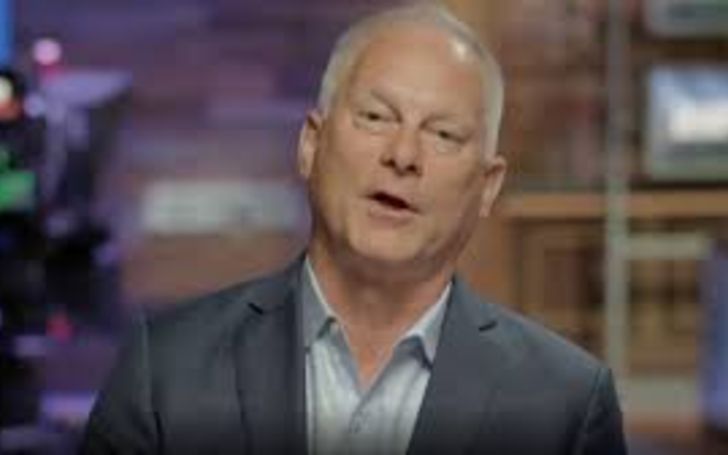 Kenny Mayne is someone who made a reputation from his career as a sports journalist for the reputed ESPN network. Currently, he appears as the host of the highly-rated show ‘Kenny Mayne’s Wider World of Sports’ on ESPN.com. Ever since he joined the sports media platform in 1994, he just kept on getting famous with his works in the studio, reporting and analyzing the latest sports actions. With over four decades of experience, Mayne not only amassed massive net worth but also garnered a colossal net worth figure. Stay with us to get all the details about Kenny Mayne’s wealth, career, and married life.

Kenny Mayne’s Net Worth Makes Him A Millionaire

With the experience of Kenny Mayne working at one of the top sports networks in the world, he has nothing to worry about when it comes to finances. Specifically, he owns a whopping net worth of $8 million as of June 2020. The primary source of his bank balance is undoubtedly his career in the media industry.

While the average salary of a ESPN host is around $60,000, the network must surely pay Kenny Mayne in six-figures for his experience and expertise. Thanks to his large bank balance, he enjoys a lavishing lifestyle around all sorts of modern-day amenities. In fact, he lives in a flashy mansion-like house at Avon, CT. As the television host has a lot of good years to offer, his net worth is likely to increase further in the near future.

Mayne pushed the ranks immediately as he served as co-anchor of the 11 PM SportsCenter alongside Dan Patrick. Over the years, he also covered several ABC and ESPN’s horse racing events. Furthermore, he provided offbeat feature stories on ‘Sunday NFL Countdown’ in a weekly segment called The Mayne Event. He started hosting ‘Kenny Mayne’s Wider World of Sports’ in 2011, where he traveled around the world and attended several sporting actions.

Also See: The Net Worth, Love Life and Career of Rosemary Church.

Besides journalism, Kenny Mayne also wrote his first book ‘An Incomplete and Inaccurate History of Sport’ in 2008. Talking about his early days, he used to play football at the University of Nevada for two years, where he also signed as a free agent for the Seattle Seahawks. Later, he began his TV career as a reporter for KLVX-TV and KSTW-TV before moving to ESPN.

While Kenny Mayne might be successful in his professional life, he couldn’t replicate the luck in his marriages. Previously, he fell in love with longtime girlfriend Darcelle Black, and they tied the knot on September 17, 1983. However, they didn’t give birth to any children as Mayne was focused on building his career back then. Unfortunately, they failed to make their marriage work as they parted with a divorce agreement in 1990.

Mayne was back in the dating game after the divorce, and he met Laura Waggoner and started going out with her. Things went quite fast between them as they exchanged their vows on June 1, 1995, in an intimate wedding ceremony. They started a family together and welcomed three children. Kenny was too busy with work, which saw him give less time to his family. Thus, he and his wife had different interests, which broke things among them with another divorce on December 19, 2014. Ever since, there isn’t any news on the ESPN anchor dating any woman and is possibly single,

Related: The Net Worth and Career Details of Jamie Yuccas.