Skip to content
Home » Entertainment » Who is Lucas Jade Zumann Dating Currently? Know About his Girlfriend and Dating History

Who is Lucas Jade Zumann Dating Currently? Know About his Girlfriend and Dating History 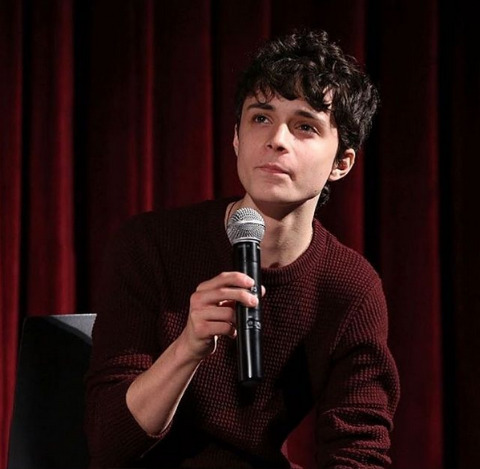 Lucas Jade Zumann is an American film and TV actor. He has worked in many films and TV series, but he is best known for his roles as Milo in Sinister 2, Jamie Fields in 20th Century Women, and Gilbert Blythe in Anne with an E. The young actor has been active in the acting industry since 2015.

The 20-year-old has acted in many other films and TV series like Thrill Ride, Every Day, To the Stars, Sense8, Dr. Bird’s Advice for Sad Poets, and Chicago Fire. The actor was born and raised in Chicago, Illinois, by his artist parents, Matthew Zumann and Jennifer Zumann. He is the eldest child in his family.

Having been born in an artistic family, Lucas has been familiar with the entertainment world since he was a kid. He’s been working as an actor from a very young age. However, after his graduation, Lucas has been actively pursuing acting. Like his professional life, Zumann’s romantic life is equally interesting. Here, we will get some insights into his love life.

Lucas Jade Zumann’s beloved girlfriend is none other than his childhood friend, Shannon Sullivan. The two have been friends for a very long time. They realized that they both had fallen for each other and started dating eventually. However, the pair had kept their relationship hidden from the limelight for quite a long time. It was only in the year 2018 that they came out publicly with their relationship.

Talking about Zumann’s girlfriend, Shannon is a YouTuber. She professionally runs her YouTube channel ‘Shannon Sullivan: Aguafiestas vlogs,’ with more than 215k subscribers. She teaches Spanish via her YouTube videos. Shannon also likes to sing and has made and shared her several original songs with Lucas being the guitarist. She has also graduated in International Majors.

Lucas Jade Zumann is not shy to express his love for his girlfriend, Shannon Sullivan. The two frequently post cozy pictures of them together on their respective social media profiles. The two started dating in their high school days.

The Anne with an E star frequently makes appearances on Shannon’s YouTube channel. The two have mostly been seen in song-making, in which Shannon sings and Lucas plays the guitar. The duo has created many widely appreciated songs together. Their most popular songs include The Way Time Works, Won’t let me in, Cada Cancion, Cancion II, and more.

As of now, the love birds are staying together in a live-in relationship. They have worked hard together to have a house they could call their own. In October 2019, the young actor shared a selfie of him and his girlfriend in which he wrote that building their home together has been one of the best experiences of his life.