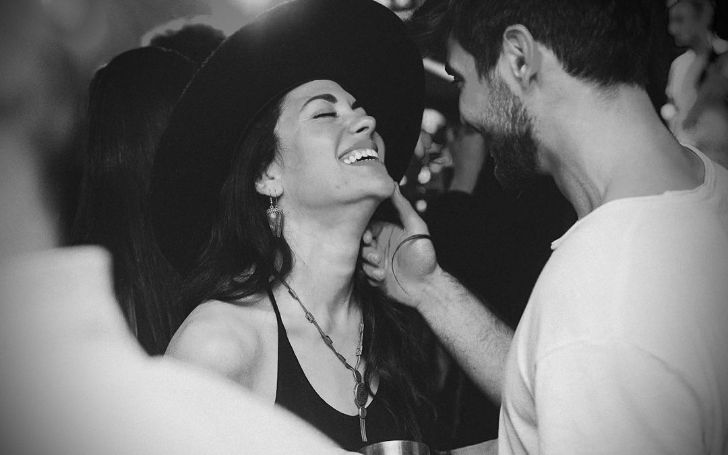 Inbar Lavi is an Israeli-American actress who is known for portraying Raviva on the 2012 MTV series Underemployed and Vee on the 2014 Fox television series Gang Related, and for her starring role in the 2017 Bravo television series Imposters. She traveled to New York City after training at Tel Aviv’s Sofi Moskowitz School of Acting and performing in off-Broadway theatrical productions before receiving a scholarship to the Lee Strasberg Theatre and Film Institute in Los Angeles.

The beautiful award-winning actress starred in the 2017-2018 Bravo television series Imposters and played Eve in the fifth season of the Netflix series Lucifer. She also appeared in several T.V shows, including Entourage, The Closer, Ghost whisperer, and Criminal Mind. Besides her professional life, Lavi is a charming woman who has dated several other known celebrities.

Let’s talk about Lavi’s relationship status. Is she married, single, or dating? Well, she is dating her beloved boyfriend, Dan Bar Shira. It’s unclear how and when Inbar and Dan Bar met and started their relationship. But for the time being, they have a healthy relationship as a beautiful love partner. They spent their vacation together and have also shared pictures with each other on their social media account.

On February 24, 2020, she posted a photo of herself and Dan Bar with the caption “orange heart emoji.” Dan, too, posts a picture of Inbar on his Instagram account, captioned with a red heart emoji.’ Their Instagram photos reveal that they are in a relationship and that they are content with it.

Talking about her past relationship, she was previously linked to Christoph Sanders, an American actor who also appeared in the show Ghost Whisperer between 2008 and 2010. He played the character of ‘Ned Banks’ in the show and was the main cast moving into 2009 for seasons four and five. Inbar and Christoph appear to have met for the first time on the set of CBS’s Ghost Whisperer in 2009.

Furthermore, Inbar made a special appearance and played Brianna in the spooky series, while Sanders played Ned Banks. The actor and actress started dating in 2011, according to the newspaper. Sanders and Lavi attended the premiere of Christopher Nolan’s film In Time on October 20, 2011. The former couple had a strong bond, and everything was going well until 2015, when they decided to end their four-year relationship.

There was a rumor that Inbar dated her co-star Rob Heaps, a British actor known for co-starring Ezra Bloom in the Bravo television series Imposters in the past. They both have co-starred in Bravo’s dark comedy series Imposters. Heaps and Lavi became excellent friends after their initial meeting in Imposters, and they began to have a strong bond.