Annabelle Zasowski is a young actress who has seen lots of success at a very early age. Here are the details about her relationship status, net worth, and early life. 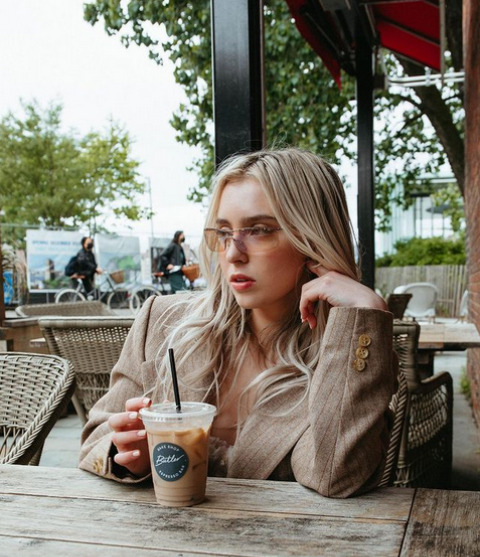 Annabelle Zasowski has been extremely private about her romantic life until now. As such, there is no information about her dating history. Annabelle has never been romantically linked with anyone so far.

The actress is quite a beauty, but it seems like no one has wooed her. She has not given any clues hinting that she is currently engaged in a love affair with anyone. From looking at Zasowski’s social media profiles, it seems like she is enjoying her single life.

Annabelle Zasowski Net Worth and Career

Annabelle first faced the camera when she appeared as Katie in HelloFlo, a YouTube short film ‘First Moon Party’ in 2014. That video of hers has since grossed more than 35 million views until now. She has had guest appearances in many series such as The Blacklist, Orange Is the New Black, Hall Stars, and Lincoln Rhyme: Hunt for the Bone Collector.

The now 20-year-old has also appeared in many other TV series like Detour, Divorce, The System, The Hunt with John Walsh, and The Blacklist. She is known as one of the most successful TV actresses. Currently, the model appears in the crime drama Power Book III: Raising Kanan, where she plays the role of Nicole Bingham.

Also read: Net Worth Collection and Relationship Status of Sommore

Zasowski is also very active on her Instagram profile, where she frequently posts her work-related and lifestyle-related posts. It has been assumed that the Divorce star has amassed a sizeable fortune at a very young age regarding her net wealth. Though the young actress has never disclosed it herself, according to the sources, she has an estimated net worth of $300,000.

Annabelle Zasowski was born on September 10, 2001, in New York City, New York. She was raised in a Christian family. The now 20-year-old has never revealed anything about her family life. As such, she has not disclosed the identity of her parents and siblings.

The 5 Doctors star has always been interested in modeling and acting since she was a young girl. Hence, after graduation, she actively pursued her dreams and started modeling at a very young age. The Divorce star saw her dreams turning into reality when she started being recognized publicly at just 13 years old.