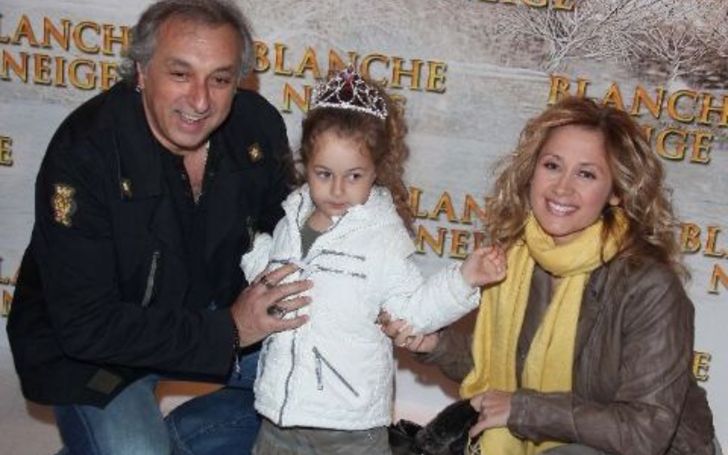 Lou Pullicino is a celebrity kid. She’s the only child of the Canadian-Belgian singer, songwriter, musician, actress, and producer Lara Sophie Katy Crokaert; her mother is well-known by her stage name Lara Fabian. Because her mom earned quite a fame, Lou is a topic of interest for many people out there. Thus, this article will be for those who are thriving to learn about Lou Pullicino. Keep on reading if you are one of them.

As mentioned earlier, Lou Pullicino is the only daughter of Lara Fabian, but who is Lara Fabian? Professionally, she’s a Canadian-Belgian singer, songwriter, musician, actress, and producer.

Lou’s mom is a big deal in the music industry. Back in 2017, it was recorded that she succeeded in selling over 20 million records worldwide. With that, she even managed to become one of the best-selling Belgian artists of all time.

Lara, 51, was born on January 9, 1970, in Etterbeek, Belgium. She was the only child of her parents Pierre Crokaert (Flemish) and Maria Luisa Serio (Sicilian).

One of the interesting facts about Lara is that she can sing in seven languages: French, English, Spanish, Italian, Flemish, German, and Russian.

Lou Pullicino is still young to have any romantic relationship; however, media people manage to capture her mother’s dating history.

Lara first dated French singer Patrick Fiori. The lovely duo began to date back in 1998; however, they ended their relationship after staying together for some years.

After separating from Patrick, Lara started seeing Gerard Pullicino. They began to date in 2006, and according to sources, on November 20, 2007, they welcomed a daughter in their life who is none other than Lou. Professionally, Gerard is a French director, producer, and composer.

Although Lara and Gerard looked great together, they couldn’t sustain their relationship and broke up. After that, Lou’s mother stayed single for some time and gave another chance to love and started dating Gabriel Di Giorgio.

Like Lara’s previous lover, Gabriel also comes from a musical background. Precisely speaking, he is a Sicilian musician and artist. The duo tied the knot back in 2013.

Lou Pullicino is Growing Up in Luxury

Lou Pullicino is in her early teen; explicitly, she is just 13 years old and still young to generate her own income. However, because she’s a celebrity kid, she enjoys all the luxury owned by her parents.

According to Celebrity Net Worth, Lou’s mom, Lara, holds a massive net worth of $16 million as of now. Indeed, she’s a millionaire. Furthermore, her dad, Gerard, is estimated to enjoy a six-figure net worth of $700 thousand, as Net Worth Post noted. Thus, she got nothing to fear when things come to finances.