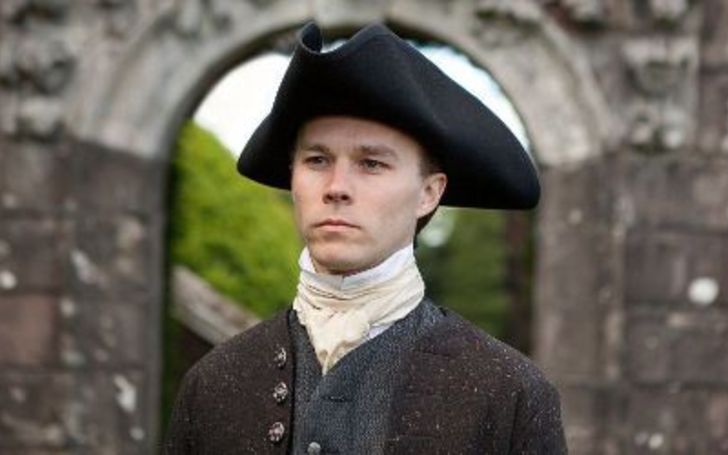 Who is Laurence Dobiesz? Many mightn’t have a clue, but Dobiesz actually hails from the entertainment industry. He’s a Polish-English television actor. Dobiesz is making a continuous appearance in the showbiz since 2009. However, he does have a short history before that; indeed, he was part of two movies back in 1999. Until today, he portrayed several supporting characters in various films and series. One of his best works is Outlander. In that drama, he played the role of Alex Randall, and many appreciated his work in that series. Further, besides his work, he grabbed massive attention from his marriage with the beautiful actress Olivia Poulet. Let’s learn more about Laurence Dobiesz in this article.

Laurence Dobiesz’s Net Worth Collection as of 2020

Before sharing anything more on Laurence Dobiesz, let us tell you, he values his privacy; thus, much isn’t known about him till today.

As Dobiesz prefers to keep his private life away from the media, his financial status is also unknown. No one in the media knows how much he made from his acting career because there’s no official document to vouch for his exact fortune.

Despite the odds, many reliable sites has claimed that Dobiesz accumulated an outstanding net worth of $2 million from his acts in different projects. Indeed, he’s a millionaire.

If we talk about Dobiesz’s spouse earnings, then Olivia Poulet surpassed him. She’s in this industry for twenty years now, and her decades of works helped her generate a massive net worth of $15 million.

Dobiesz’s Work History as an Actor

As we mentioned earlier, Laurence Dobiesz’s first appearance on the screen was back in 1999. That year he played Herbert Pocket as a young man in the film Great Expectations. Subsequently, on the same year, he landed a second role as Luke Grimes in the movie All the King’s Men.

After a decade gap, Dobiesz showed up again in the show business. He appeared as a guest on the crime series The Bill, where he played a gang leader named Pawel Jankowski. Since then, he’s been portraying several characters in different projects.

Also Read: All To Know About Venezuelan Model, Actress, and Entrepreneur Sharon Fonseca.

In 2011, Dobiesz played a servant in the movie Sherlock Holmes: A Game of Shadows. Similarly, in 2014, he landed a small role in the film Testament of Youth, where he played a wounded German soldier. Further, in 2015, he was Prince Harry in the drama, Distinguished Ladies.

Dobiesz generated massive attention in 2016 as a guest cast of the series Outlander. According to TV Over Mind, he played Alexander “Alex” Randall, the brother of Jonathan “Black Jack” Randall, in the second season of that TV show.

Laurence Dobiesz is married to the British beauty Olivia Poulet. They tied the wedding knot on December 24, 2015, and are living a blissful life.

The lovely couple, Dobiesz and Poulet, began their romantic journey back in 2012.

Talking about Dobiesz’s previous relationship history, nothing came across the media door; however, unlike him, his better-half was dating actor Benedict Cumberbatch. Olivia and Benedict were together since 1999, but they ended their relationship in 2011.

Who is Laurence Dobiesz?

Who is Laurence Dobiesz Wife?

Laurence Dobiesz wife is none other than actress Olivia Poulet.