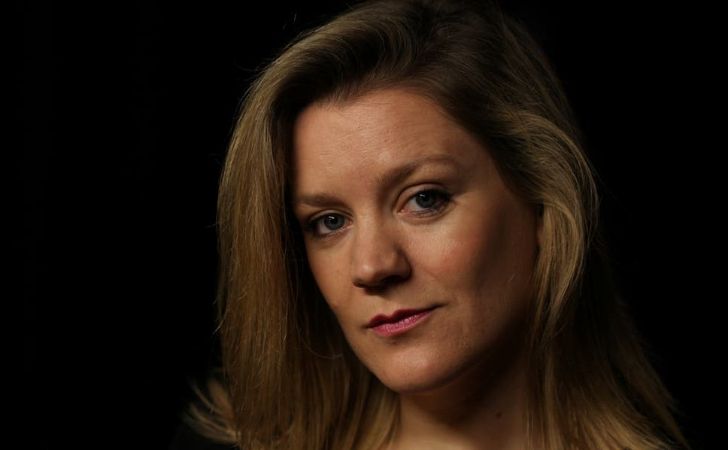 Once you become part of the showbiz industry, the name grows popular in no time. The case is no different from English actress Olivia Poulet, who made a reputation as a screenwriter and an actress. The 42-year-old is quite popular for her on-screen roles in movies like ‘Back’ and ‘The Thick of It.’ Despite the immense competition in the industry, she continued to work hard to create a name for herself as an actress and actually achieve success in it. So, stay with us to know more about the net worth, career, and married life of Olivia Poulet.

Most of the youth dream of making a name in the showbiz industry because of the numerous perks it brings. Not just the 42-year-old got the opportunity to expand her fan-base, but she also garnered a colossal bank balance from it. To be very specific, Poulet owns a whopping net worth of $500,000 as of October 2020.

Poulet’s six-figure net worth gives her the chance to enjoy a lavishing life around all sorts of modern-day amenities. Judging at the rate of her progress and accomplishments, her net worth will surely touch the $1 million mark in the days to come to give her the status of a ‘millionaire.’ Almost everyone should be aware of Olivia’s source of income as she is famous as an actress and even a writer.

Poulet initially started her television career in 2001 when she got a small role in ‘The Bill.’ After an impressive performance, she got numerous opportunities on her way, enabling her to feature in ‘In the Loop,’ ‘Margaret,’ and ‘The Thick of It.’ Apart from acting, she is even a writer who even wrote a sitcom for BBC alongside the likes of fellow comedian Sarah Solemani and producer Charlie Hanson.

Unlike most of the celebrities, Olivia Poulet doesn’t prefer to flaunt her personal life and romance with her partner in the public. She likes to keep a low-profile of her love life, but that couldn’t help her to hide the fact that she is a married woman. In fact, her personal milestone became a piece of news in 2015 as she tied the knot with Laurence Dobiesz in 2015. As per the reports, the lovebirds dated for several years before making the decision to get married.

Interestingly, she previously used to date Sherlock Holmes star, Benedict Cumberbatch for almost ten years from 2001 to 2011. Despite a decade of togetherness, they failed to work things out and settle down due to their varied interests. While the Marvel star wanted to have children, it wasn’t what Olivia wanted back then, which ultimately forced them to part ways with a breakup.

Recommended: Grab all the details about Giorgia Gabriele from her net worth to personal life.

Talking about the English screenwriter background, she was born in South-West London, England, on 9 July 1978. For her educational pursuits, she completed her high school in Putney High School. Similarly, she realized her acting dreams shortly after and joined Manchester University to study drama. Surprisingly she is an ambassador of The Park Theatre today, which explains volume about her influence in acting.