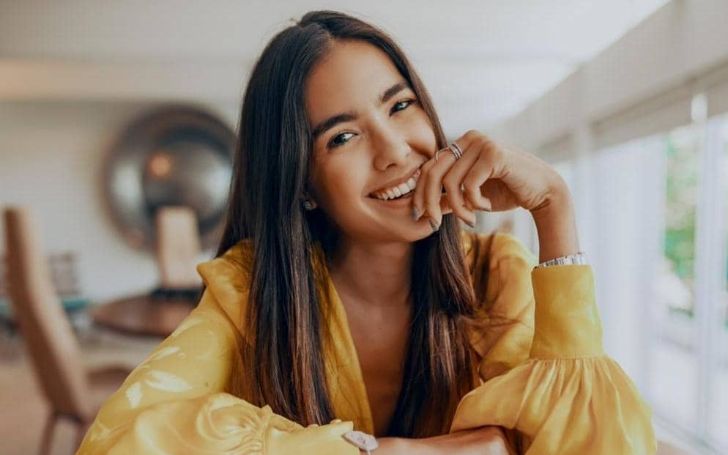 Sharon Fonseca is a Venezuelan model, entrepreneur, and a global social media icon. She is also famous for dating Italian entrepreneur, DJ, and author Gianluca Vacchi. The couple sparked dating rumors since way early and officially announced dating each other in 2018. So, today we take you to get some details on the gorgeous model’s personal life, all from her net earnings, career, and her love life.

Sharon Fonseca is a prime example of beauty with brains. Having just marked 25 years of age, she’s already established herself as a successful model, actress, and entrepreneur. She is enjoying the time of her life with her boyfriend, Gianluca Vacchi.

Specifically speaking about her riches, according to Celebrity Net Worth, the diva relishes in a luxurious lifestyle with a staggering bank balance of $5 million as of 2020. Most of her income comes from being a social media influencer, running her clothing brand called Sharon, a limited capsule collection, and a co-founder of a jewelry line Omkara Style.

You may also like: Here’s all to know about American political commentator Dan Bongino

Not only Fonseca but her boyfriend Vacchi is also quite a successful man by being an influencer. He also holds an impressive net worth collection of $200 million as of 2020.

A Little About Sharon Fonseca Career

Sharon Fonseca made her way into the entertainment industry early on in her childhood. She was scouted by a manager to the courtesy of her charming looks, and it is what got her into modeling as well. At that time she used to promote bikini brands, skincare products, casual wear, and many more.

Asides from modeling, the Venezuelan model also shined in the acting industry. She made her TV debut back in 2015 with the series Duenos del Paraiso as Vecina. Since then, she can be seen in movies like Tierra de Reyes, Bajo el mismo cielo, ¿Quién es quién?, Jenni Rivera: Mariposa de Barrio and Las Reinas.

Sharon Fonseca first came in headline due to her relationship with her partner Gianluca Vacchi. The lovebirds sparked attention due to their 27 years of age difference. However, they proved that age is just a number and announced the news that they were expecting a child in late 2020.

The Italian businessman announced that they were expecting a son in his social media handle. He shared his excitement by confessing that Sharon will be the mother he always dreamed about for his baby.’