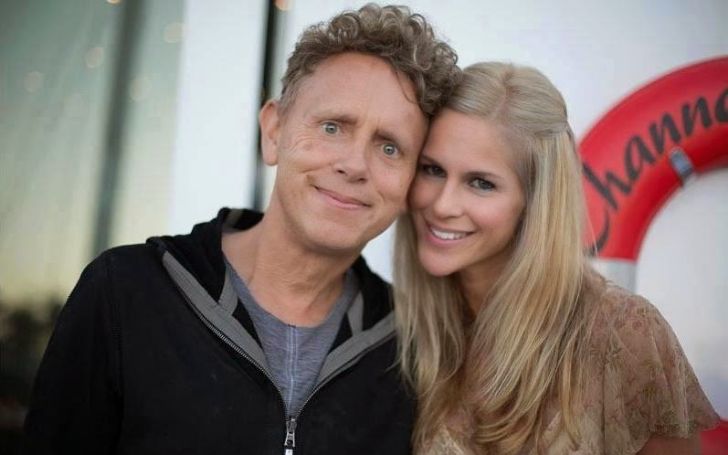 Kerrilee Kaski is an actress known for Hate the Game (2004), Foxworthy’s Big Night Out (2006), and The Survivor (2006). Although she rose to fame from her work in the entertainment industry, she garnered more attention from her marriage. Indeed, she tied the knot with a celebrity. Specifically speaking, she’s the second wife of Martin Lee Gore, a singer, DJ, guitarist, keyboardist, songwriter, and record producer. Let’s know more about this gorgeous celebrity wife, Kerrilee Kaski, on this page today.

Kerrilee Kaski came to the limelight as the second wife of Martin Lee Gore, an English songwriter, musician, singer, record producer, remixer, and DJ. The lovely couple tied the knot back in June 2014.

Since 2014, Kerrilee and Martin are living a blissful life as a married couple. They even expanded their family by giving birth to two cute daughters.

Kerrilee first welcomed her elder daughter, Johnnie Lee, on February 19, 2016, and subsequently, she gave birth to her baby girl, Mazzy Lee, on March 13, 2017. She raises both of daughter in luxury with her successful beau, Martin.

The Former Actress, Kerrilee’s Daughters Has Half-Siblings From Their Dad’s Previous Marriage

Besides having themselves as siblings, Kerrilee Kaski’s daughters got two half-sisters and a half-brother, all from their dad’s previous marriage. Yes, Kerrilee’s spouse, Martin, got three children with his former wife, Suzanne Boisvert.

Kerrilee’s better-half shared vows with his ex-spouse back in 1994. They first met in Paris in 1989. Professionally, Suzanne is a lingerie designer and model.

The former lover, Suzanne, and Martin divorced in 2006, but before that, they gave birth to three kids, two daughters, Viva Lee and Ava Lee, and a son, Kalo Gore.

There is no doubt Kerrilee Kaski as a spouse of the successful artist, lives a lavish lifestyle. Her husband, Martin Gore, holds a hefty net worth of $70 million as per The Richest.

With that level of wealth on her beau’s pocket, she got nothing to worry about in her future. Further, she, alongside her husband, is raising their kids in prosperity. However, she had an acting career in the movie biz, so what about her net worth on her own?

Well, speaking of Kerrilee’s financial details, which she earned on her own, there’s no official document to vouch for her exact income. But there are some estimations which run on the internet world. She previously worked on several cinematic projects for almost a decade and keeping that in mind, it’s believed she has a net worth of $400 thousand as of 2020.