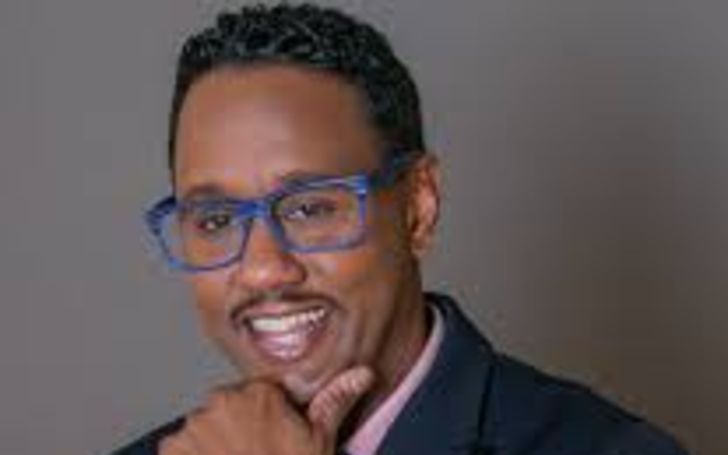 Mario Armstrong is famous for being a two time Emmy award winner for his web television series Never Settle. Fans might’ve also seen him on channels like CNN, NBC, NPR, and many more bringing light on topics like career success, setbacks, and other things to build a successful career. He’s known all over for his positivity talks, providing motivation and tactical advice to young people. So, without further ado, let’s have a look at his stacks of fortune, a career highlight, and his love life.

Mario Armstrong is one of those internet personalities who made his journey to fame from a lot of hard work and patience. He went from rags to riches all to the courtesy of believing in his dreams. In his podcast, he mentioned that before gaining prominence, he and his wife Nicole Armstrong had almost a negative bank balance, maxed out credit cards, and a low living situation where his parents used to buy his groceries.

Not long after, the hard-working fella holds two esteemed awards under his belt, along with being the host of America’s most interactive show, Never Settle Show. He appears as a Digital Lifestyle expert on Today Show, CNN, HLN, NPR’s Morning Edition, American Urban Radio Network, and many more.

Speaking about Mario’s personal details on net worth, he’s highly private to let media know his income. However, we can assume that it must be somewhere around a staggering number of $3 million as of 2020. He earns a great deal as a talk show host, entrepreneur, podcaster, and public speaker.

After struggling for quite some time, Mario Armstrong became successful in taking his talk show to the next level. His Never Settle Show became one of the highly interactive shows where viewers not only watch the content but also dictate it as well. The show ended up becoming one of the most talked-about talk shows winning numerous awards and recognitions.

The TV host established himself as a syndicate digital lifestyle expert and opened a media company named Mario Armstrong Media, LLC. It creates content for all sorts of traditional, mobile, and other online media. In addition, he’s also a co-founder of Urban Video Game Academy, a non-profit educational program that helps build student’s knowledge and interest in science, technology, and math.

You may also like: America’s Got Talent Winner Paul Zerdin Net Worth

Besides these, Armstrong also regularly develops content on his podcast Wake Up and Level Up, along with appearing on the radio program, The Mario Armstrong Show, and other television talk shows.

One person who was with Mario Armstrong in all his thick and thins was his life partner Nicole Armstrong. After his success, the Emmy winner would always credit his wife’s support and love for all his achievements. The couple met each other at their college at UMBC, and after dating for quite some time, they tied the knot fresh out of college.

The pair took their vows in a closed-off ceremony with their loved ones and family members. Together they share a lovely kid Christopher Armstrong.

Well, that’s about it for now; follow Featured Biography for more of these!