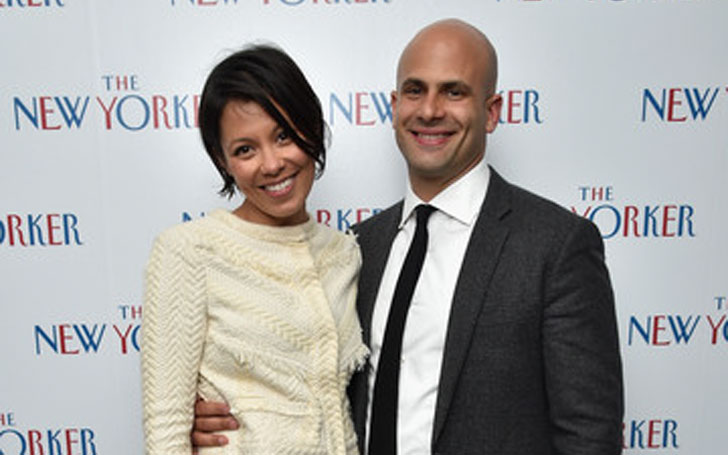 Alex Wagner remains the perfect example of an empowered woman who worked her way to the top of the journalism industry. Interestingly, many might recognize her as the co-host of ‘The Circus’ on Showtime. If that wasn’t enough, she is also the author of ‘FutureFace: A Family Mystery, an Epic Quest, and the Secret to Belonging. The 42-year-old has been around the media world for almost two decades now and looks far from tired. The diva not just made a fortune but also got accustomed to global prominence from her time in the industry. So, today we take you close to the personal life, career, and net worth details of the charming journalist.

Talking about the finances, Alex Wagner has nothing to worry about, considering her stable job at the Showtime network. Besides that, she is also a regular contributor for CBS News and a contributing editor at The Atlantic. Specifically, she amasses a whopping net worth of $3 million as of 2020. With such a large bank balance, she enjoys a lavish lifestyle.

As per estimates, she earns around $93,293 per year, which happens to be the average salary of a journalist at Showtime. Similarly, in addition to that, as a CBS News contributor, she makes around $63,461, which makes a significant contribution to her net worth. Alex Wagner’s primary source of net worth is her journalism works, but she also contributes her writings by publishing several books.

Alex Wagner made a name for herself through her works as a journalist. Currently, she works as the co-host of The Circus and a contributor for CBS News. Furthermore, she is also the contributing editor at The Atlantic. The 42-year-old might have a stable job with a proper reputation at present, but it is all due to her immense hard work over the past years.

Previously, Wagner worked as a cultural correspondent for the Center for American Progress, and as editor-in-chief of The Fader magazine from 2003 to 2007. In fact, she was also the executive director of Not On Our Watch Project, an advocacy organization that focused on mass atrocities and human rights violations. The diva worked as a TV co-anchor on CBS This Morning Saturday from November 2016 to March 2018.

Also See: The Net Worth and Career Details of Holly Williams.

In 2020, Alex Wagner challenged herself by getting into something new, i.e., a podcast with Crooked Media and Cadence13, which addressed the COVID-19 pandemic.

While Alex Wagner remains vocal about her professional endeavors, she prefers to keep a low profile of her love life. She is a married woman and couldn’t be happier with her policy advisor, husband Sam Kass. Introducing you to her beau, he is a television personality, who also served as a White House nutrition policy advisor in the past.

Wagner and Kass tied the knot on August 30, 2014. They enjoyed an intimate wedding ceremony at the lavish setting of Blue Hill at Stone Barns restaurant in Pocantico Hills, New York. Interestingly, the former U.S President Barack Obama and his family also attended their wedding. The diva achieved a personal milestone in 2017 when she gave birth to her first son, Cy. Likewise, she gave birth to a second child on April 16, 2019.