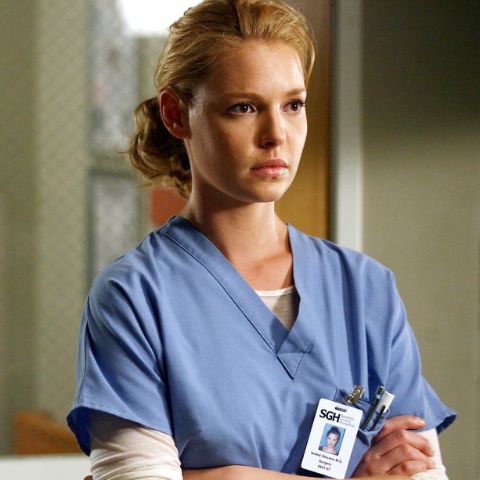 Katherine Heigl was a founding member of the wildly successful show Grey’s Anatomy. Katherine’s character, Izzie Stevens, was one of the key interns who launched the medical drama’s first season. Grey’s Anatomy has since had 17 great seasons, and Season 18 has just been commissioned. Katherine, on the other hand, exited the show in 2010 after only six seasons. She worked with Jesse Williams, Ellen Pompeo, Sandra Oh, Justin Chambers, etc., the casts of Grey’s Anatomy.

Ten years after Heigl’s departure, the actress had just revealed the true reason she left the show and refuted the myths that circulated her when she left the role of Izzie Stevens. Katherine Heigl explained in an interview that she departed the show primarily to focus on her family life.

“When I started a family, everything changed. It influenced my decision to work full-time. I took a family leave and became a [mother], and that transformed my entire perspective… that was the major turning point,” Katherine revealed. Katherine claimed that before leaving Grey’s Anatomy, she met with Shonda Rhimes—the creator of Grey’s Anatomy and other hit shows like Bridgeton and How to Get Away with Murder—about balancing parenthood and performing in the show.

Heigl elaborated, “So, before I was supposed to return, I told Shonda I wanted to go. Then I stayed at home until I was given the formal okay to leave the program. Rumors that I refused to return were completely false.” “Shonda wanted to try to figure out how I could do both [parenting and Grey’s] and I kind of wanted to do both,” Katherine continued.

Katherine admitted that scheduling her demands was too difficult despite these discussions about balancing her personal and professional lives. “There was no good way to compromise the work schedule without badly impacting the crew or the cast. It didn’t feel fair to them or the performance to ask them to accommodate my requirements “Katherine stated.

At the end of the interview, Katherine also mentioned that she was upset by the idea that she was difficult to work with and was disdainful of her job on the ABC medical drama. Katherine said, “The word ‘ungrateful’ upsets me the most. That is entirely my fault. I enabled myself to be regarded in this manner.” She concluded, “To me, so much of living life is about humility and thankfulness. And I’ve worked so hard to have those traits and be that person, but I’m so disappointed in myself that I let it slide. Of course, I’m thankful. How could I not be?”

Katherine has recently appeared in Firefly Lane, a tremendously successful Netflix program. The program, starring Katherine Heigl and Sarah Chalke, was a huge success, and happily, there is a sequel to Firefly Lane, so the show makers have lots more subjects to explore. Furthermore, Firefly Lane Season 2 has been officially announced, so that Katherine will be returning to our screens soon!