Atz Kilcher is a television actor best known for his recurring role on the Discovery Channel's successful show "Alaska The Last Frontier." Keep scrolling down to know more about him. 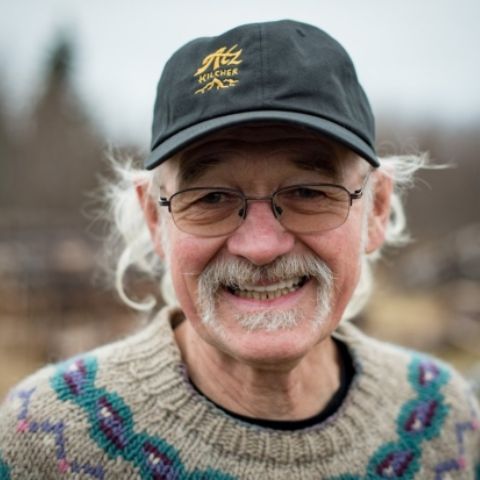 On September 2, 1947, Atz Kilcher was born in Alaska. Atz is the family’s second generation. During the Second World War, his parents, Yule Kilcher and Ruth Weber fled Switzerland and began homesteading in Alaska. Kilcher grew up in the bush with his seven siblings in a small log cabin near McNeil Canyon on Kachemak Bay with no power or indoor plumbing.

How Much is Atz Kilcher’s Net Worth?

Since the first season began on December 29, 2011, Atz Kilcher has been a main cast member of Discovery Alaska The Last Frontier. Given the show’s enormous popularity, he earns between $7,000 and $10,000 per episode. The earnings from the show account for a modest portion of his total net worth.

The 74-year-old is a well-known landowner in the broader Homer area. According to municipal records, they own 613 acres around the homestead, but they are also entitled to an additional 207 acres in and around the city. The homestead is not the most valuable Kilcher property; the total worth of the family’s real estate assets is around 3.6 million dollars. The homestead accounts for slightly more than $800,000 of that total. Considering all legitimate earning sources and the land, Atz Kilcher’s net worth is assessed to be $5 million.

Before marrying his present wife, Bonnie Dupree, Atz Kilcher was in a handful of failed relationships. They and their family live on a homestead in Homer, Alaska. During the summer, Atz spent his time near the head of Kachemak Bay, either alone or with his wife, Bonnie. The pair does not have any children together. Atz has three children with his first wife, Lenedra Carroll: Shane, Jewel, and Atz Lee Kilcher. Atz and Lenedra met in their adolescence in Alaska.

Even though the couple did not have a perfectly tuned marriage, they got along in difficult times. They even got into music together, releasing two albums. Atz and Lenedra had a child who was less than a year old when he died. Leandra narrowly avoided death once when a doctor forgot to turn on the oxygen while in labor with her daughter Jewel Kilcher. Atz was the one who noticed her and saved her life.

Concerning their marital problems, the couple has not made any public statements. We only know that they divorced in 1982. According to their daughter, Jewel, Atz became addicted to alcohol and was abusive to her following the divorce. Atz’s relationship with Linda is a bit of a mystery. We do not know how long the couple was together. They welcomed a boy named Nikos Kilcher into the world.