Kristen Ariza’s acting career started pretty much by accident, but she has been able to build a solid career despite that. Here are the details about her relationship status, net worth, and early life. 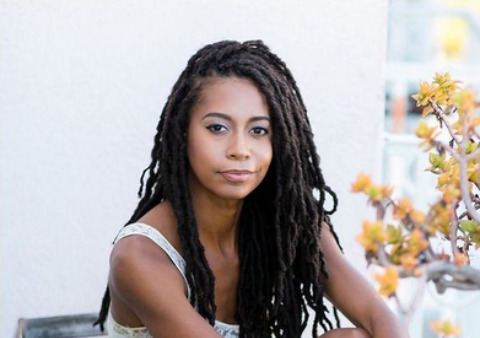 Kristen Ariza is a married woman. She is married to Patrick O’Brien Demsey, an actor. The pair got married on June 29, 2013. The couple does not have any children together.

Kristen Ariza Net Worth and Career

Kristen Ariza is a Television, Film, Theatre, and Voice actor. She is famous for her roles in The Fosters, Bosch, and StartUp. At just 17 years, Kristen made her first on-screen appearance with ‘The Tomorrow People.’ Since then, she has starred in many TV serials and films.

Ariza has proven her acting skills in many films like Beyond Skyline, Bumble Bust, Confirmation, Revenge of the Bimbot Zombie Killers, The Occupants, Speak Now, The Obama Effect, The Madness of Jane, Women on Top, Blocked, The Utopian Society, and Beautiful George: Romeo, Juliet, and the Darkness. She has performed in many stage productions ranging from contemporary shows and musicals to Shakespeare as a theatre artist.

Kristen has starred in more than 30 TV serials, including Make It Up As We Go, Bosch, StartUp, The Fosters, American Horror Story, Parks and Recreation, Scorpion, NCIS: Los Angeles, Castle, Bones, Harry’s Law, Criminal Minds, General Hospital, In Gayle We Trust, Lie to Me, Grey’s Anatomy, Without a Trace, Ylse, The Unit, Cold Case, Surface, Strong Medicine, and The Inside to name a few.

Aside from acting, Ariza is also very passionate about singing and frequently shares her vocal skills via her Instagram account. She also shares her political views now and then on her Twitter account. As for her net wealth, the actress has never publicly revealed it, but according to the sources, she has an estimated net worth of $300,000. She also has her own website named, Kristen Ariza.

Kristen Ariza was born in Orlando, Florida, in the 1970s. Her exact birth date is not revealed. The actress is the youngest child in her family. Her father is Hispanic, West Indian, and her mother is African American. Their names are not known yet.

The Bosch star has a cousin, Trevor Ariza, who is a professional basketball player. When she was 17 years old, one of her sisters set her up for an audition. The audition ended up leading to her first on-screen role on the British Television series ‘The Tomorrow People.’

Four years later, the Orlando born decided to pursue acting as her career and received a BA in Theatre from Florida State University in Tallahassee, Florida. After that, she trained at the Alliance Theatre in Atlanta, Georgia. In search of better opportunities, the StartUp star moved to New York and then to Los Angeles.