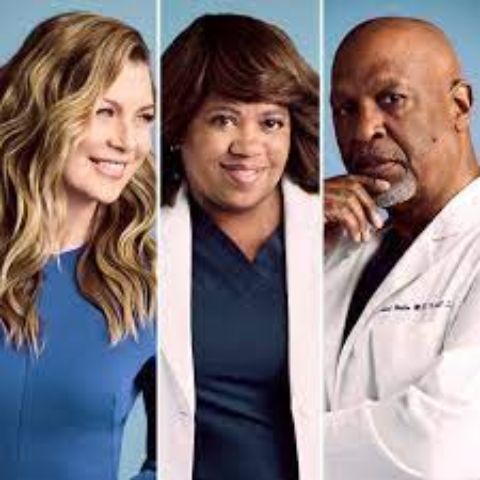 Grey’s Anatomy will return on September 30 for its 18th season, and fans of The O.C. will be overjoyed with the latest casting announcement. Peter Gallagher, who has appeared on shows including Zoey’s Extraordinary Playlist and Grace and Frankie, has signed on for a major guest arc. According to Deadline, Gallagher will portray Dr. Alan Hamilton, who met Meredith Grey‘s (Ellen Pompeo) mother Ellis Grey (Kate Burton) years ago and will be introduced in the first episode.

Burton will feature in the future season of the show, ET previously confirmed. Ellis was a well-known and competent surgeon who died of a heart attack in Season 3 after years of suffering from Alzheimer’s disease, although appearing in flashbacks throughout the seasons.

Meredith’s mother isn’t the first person from her past to show up recently. George O’Malley (T.R. Knight), Lexie Grey (Chyler Leigh), and Mark “McSteamy” Sloan (Eric Dane) made appearances in Season 17. Patrick Dempsey made a guest appearance as Dr. Derek “McDreamy” Shepherd, reconnecting with Ellen Pompeo‘s Dr. Meredith Grey at one point. In the episode, Meredith was comatose and on a ventilator, fighting a Covid-19 infection, which resulted in a dream of her previous flame.

Meredith and Derek’s romance on Grey’s Anatomy was a major romantic dynamic for years, and the couple finally married. Derek Dempsey died in a car accident in Season 11, and Dempsey left the program. Meredith had to make the difficult decision to remove him from life support. It was one of the most painful arcs on the show.

There has been considerable speculation over whether Grey’s Anatomy will be renewed for a second season, with showrunner Krista Vernoff earlier stating that she was doing everything she could to keep the show’s plot moving forward in the midst of the uncertainty. “I’m working on a season and a finale that could be either a season or a series finale. I’m preparing for both scenarios, which is difficult and inconvenient “Earlier this year, she told THR. “It’s not where I’d like to be.”

In addition to Station 19, there had been rumors of a new Grey’s Anatomy spinoff. Still, Vernoff indicated that the coronavirus epidemic had put that potential on hold for the time being. “Coming back to production during the pandemic has been so tough and challenging,” she explained. “We’re running on fumes. I don’t have much time to think about what might happen next year because I’m trying to get through this season.”

Vernoff went on to say, “Once I know if this is the final season or not, I can start to try to imagine other things. But trying to simultaneously plan for the end of the series and the end of the season — if it’s not the end of the series — it’s like breaking two shows. That’s what I’ve got bandwidth for. That, Station 19 and [Vernoff’s recently canceled show] Rebel. That’s enough.” Grey’s Anatomy Season 18 will premiere on ABC on Thursday, September 30 at 9 p.m. ET.