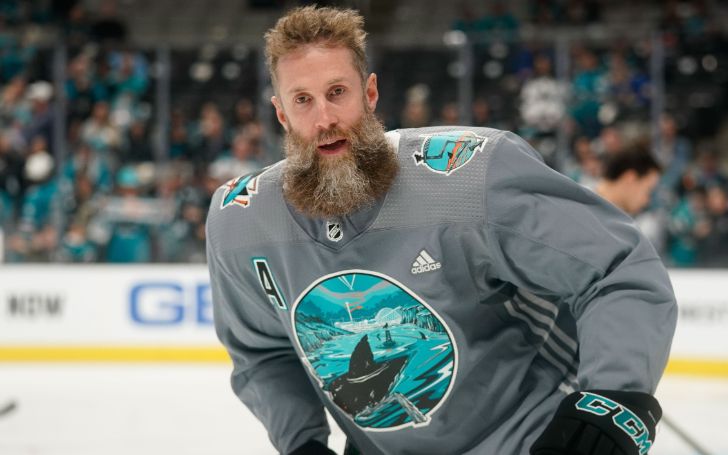 In the world of professional ice hockey players, Joe Thornton is quite the unmissable name. You might’ve heard about him as the pro-Canadian/American/Swiss athlete playing under the Toronto Maple Leafs of the National Hockey League. He’s played with teams like Boston Bruins and San Jose Sharks. Today we delve deeper into the details of Joe Thornton, all from his impressive net worth, career details to his love life.

It’s a known fact out there that professional players earn a whopping amount of salary. But how much of it does ice hockey player Joe Thornton make? Fans would be impressed to know that he falls under the Top 10 richest hockey players globally. With that being said, according to Celebrity Net Worth, he enjoys a handsome bank balance of $60 million as of 2020.

The 41-year-old was first drafted #1 overall by the Boston Bruins in the 1997 NHL Draft. After a couple of years, he resigned with the team for a $20 million deal and was traded with the San Jose Sharks for $21 million. The player garners most of his net worth from his game, sponsorships, ads, and many more. Thornton enjoys a lavish lifestyle with his family, all to the courtesy of his hard-earned money as a professional player.

Joe Thornton is considered the ‘Jumbo Joe’ of ice hockey due to his tremendous giant like body. At six foot-4-inch, he’s made a stature of one of the only history players with 1,000 NHL assists. Having started his career by playing minor hockey in his hometown St. Thomas Ontario, the Jumbo quickly showed his natural talent on the ice and secured the title of OHL Second All-Star Team in the late 90s.

The rookie player got his highlight moment when he was selected first overall in the NHL Entry Draft by the Boston Bruins in 1997. His first goal in NHL history was on December 03, 1997, in a 3-0 win against the Philadelphia Flyers. Due to the NHL lockout in 2004-5, he played for the HC Davos in the Swiss National League.

You may also like: Know more about Steve Doocy’s wife Kathy Gerrity

What About Joe Thornton’s Personal Life? Is He Married?

Speaking about his personal life, sorry to disappoint but Joe Thornton is a fully committed man. He is married to the love of his life Tabea Pfendsack. The couple first met when Joe was playing in Switzerland during the 2004-05 NHL lock-out.

The tight-knit couple has been together ever since then and also share a daughter and a son. Even though Thornton was born in Canada he was given naturalized citizenship of America as well as Switzerland. He enjoys his time in all of the three countries.

That’s all for now follow Featured Biography for more of these!