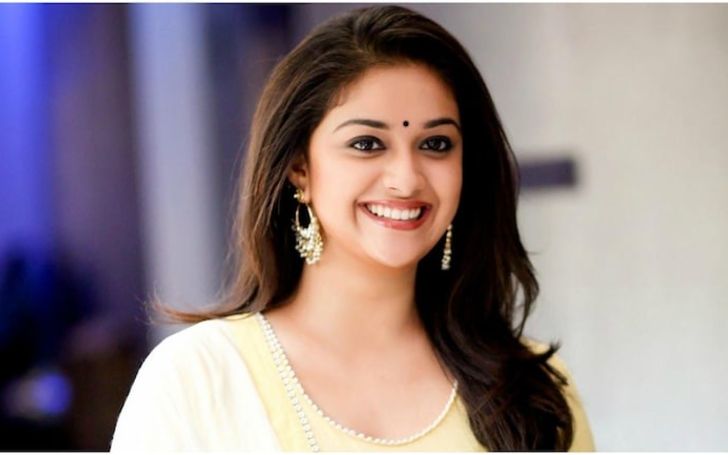 Movie fanatics know just how much craze there is for South Indian movies. The movies are generally packed with the out of world action scenes, love story and drama. Just like that, today we’re going to talking about one of the most popular South Indian actress Keerthy Suresh. International fans might’ve known her from the Netflix movie Miss India and other movies like Mahanati, Saamy 2, Sandakozhi 2, Sarkar, Manmadhudu 2, and many more. Today we learn more about her lifestyle, net worth, career highlights, and her love life.

What Is The Net Worth Collection of Keerthy Suresh?

Keerthy Suresh is one of the highest-paid actresses in the South Indian movie industry. She became the most sought-after actress after winning the National Film Award for her extraordinary performance in the movie Mahanati. According to sources, she enjoys a whopping amount of $2 million net worth as of 2020.

The talented actress garners most of her earnings from her movie deals, brand endorsements, and ads. Apparently, she earns a handsome INR 1 crore salary, i.e., around $135,000 in every film she does. Keerthy definitely doesn’t shy away from splurging her hard-earned money and can be seen with lots of luxurious amenities at her disposal. She earns a set of luxury cars like Jaguar XJ, Mercedez Benz, Audi, and Skoda.

It’s quite a luxurious purchase as the Jaguar XJ starts at a hefty price of more than $10 million in India. Besides these, she also owns properties in Chennai and Kerala.

Did you know that Keerthy Suresh is the daughter of famous film producer and director G. Suresh Kumar and Tamil actress Menaka? Coming from a family involved in the entertainment industry, Keerthy also jump-started her career as a child actress in her father’s movies like Pilots, Kuberan, and Achaneyanenikkistam.

The 28-year-old made her real debut as a lead actress in the horror movie Geethaanjali in 2013. It was a critically acclaimed hit that got her other films like Ring Master, Idhu Enna Maayam, Rajini Murugan, Remo, and many more. Asides from these releases, her widespread success was possible from movies like Agnyaathavaasi, Thaana Serndha Kootam, Mahanati, Penguin, and many more.

Is Keerthy Suresh Getting Married?

When you’re such a gorgeous actress, the fans are always curious to know if you’re getting hitched anytime soon or whether there is a love equation in your life. The same goes for the beautiful actress Keerthy Suresh as well. Considering her popularity, many news surfaced that she was set to marry a businessman who was approved by her parents back in early 2020.

However, Suresh has subtly denied any such news and said she’s not getting tied anytime soon. The actress claimed it as plain rumors and urged fans to deal with much significant issue that the country is facing now, the Covid-19.

That’s the end of it; hope you enjoyed the read. Follow Featured Biography for more these!