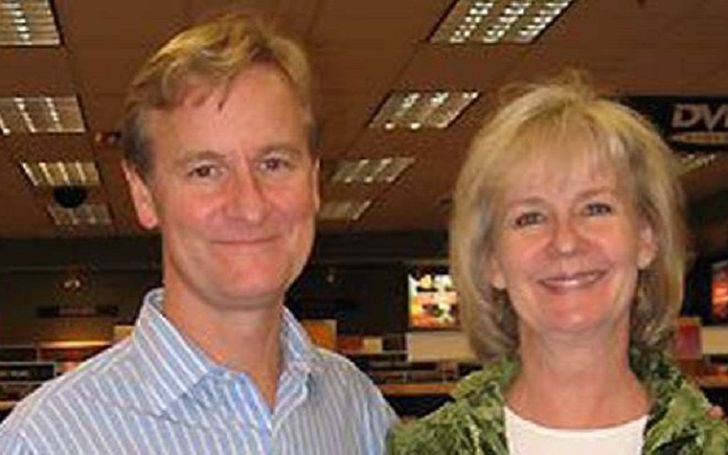 Anyone in this world gets fame; either they are themselves a celebrity or their strings are attached to stars. Kathy Gerrity is a beautiful and talented model and an actress in her early 60s. Kathy being a model and an actress is true, but Gerrity is famous for being the popular Tv personal Steve Doocy’s wife. In this article, you will get to know about Kathy’s personal details, net worth, marital life, and career.

Kathy Gerrity is living a peaceful married life with her husband, Steve Doocy. Steve who? He is an American political commentator, author, and anchor of Fox and Friends on the Fox News Channel. Steve being a TV personality doesn’t make him less of a celebrity who is happy with his wife, Kathy.

As per Biogossipy, one day, Kathy invited Steve to her house for champagne. The pairs started to talk to each other and shared their views on a common topic. After talking to each other, they fell for each other; they decide to take their relationship as a colleague to the next step as lovers.

Also See: Grab all the net worth, career, and personal life of Trevor Stines.

After dating for a couple of years, Kathy and Steve tied their knots in 1986. Since their marriage, the couple hasn’t faced any marital issues and are enjoying their blissful married life happily and peacefully.

The Doocy couple welcomed their first son Peter Doocy on July 21, 1987. Peter is currently working as a general assignment reporter for the Fox News Channel. Besides Peter, Kathy also gave birth to her two beautiful daughters Mary and Sally Doocy. Mary works as a counselor for House Oversight Committee since May 2016, whereas Sally works as a sales planner on the Fox Channel as well.

Kathy, being the Tv personage Steve’s wife, tends to keep her personal information secret. There is not a single piece of information regarding her parents, siblings, and on the top, even her birth date. Kathy’s personal information, such as her parent’s names, siblings, and occupation, is not found anywhere. Her husband, Steve, loves to share his daily life activities with her husband, son, and daughters on her social media accounts.

In 2007, Doocy published his first book, “The Mr. and Mrs. Happy Handbook” that tells about the secret to their long last marriage and how happy he is with his wife beside him for the rest of his life.

Gerrity was a model and actress at an early age, but she stopped working after being married to her husband, Steve Doocy. However, the couple shares their wealth, and according to some online sources, Steve’s net worth as of 2020 is expected to be $11 million as he is the highest-paid employee of the Fox Channel, which is $4 million.

Thus, it isn’t that hard to estimate with that kind of fortune, Gerrity, alongside her spouse, live a lavish lifestyle with zero financial trouble.