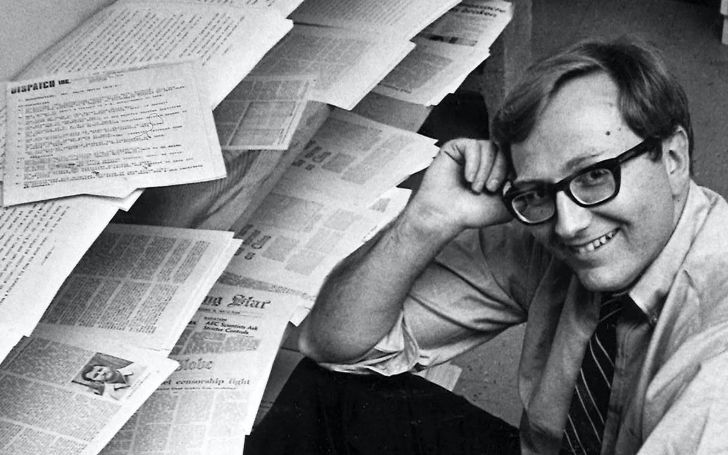 Being an investigative journalist can be challenging and demanding considering the huge responsibility that comes with it. Despite all the troubles, Seymour Hersh is someone who made the job look like a cakewalk. Apart from being an investigative journalist, he is also a political writer and a longtime contributor to The New York magazine on national security matters. Over the years, he reported some intriguing stories like Project Jennifer and Korean Air Flight 007, which further strengthened his career portfolio. So, today we take you close to the details about Hersh’s career, net worth, and personal life.

Talking of Seymour Hersh’s income and finances, he has nothing to worry about considering his decades of work as a journalist. Surprisingly, the writer continues contributing to his insight over national security and politics matter at the age of 83, which reflects nothing but inspiration. Specifically, the award-winning investigative journalist owns a staggering net worth of $2 million as of 2020.

With such a large bank balance, Hersh enjoys a lavishing lifestyle around all sorts of modern amenities. However, the motivation was never the money, but it was the purpose of service, which explains why he keeps on working in his early eighties. As per estimates, the average salary for an investigative journalist ranges from $42,780 to $56,380, but Hersh’s experience surely lets him garner much wealth.

From his five-decade-long career as a journalist, Seymour Hersh not just garnered a colossal fortune but also rose to global prominence. Getting into the details, he is a longtime contributor to The New Yorker magazine and the writer for the London Review of Books since 2013. Initially, he rose to fame in 1969 when he exposed the My Lai Massacre and its cover-up in the Vietnam War, which helped him to win the 1970 Pulitzer Prize for International Reporting.

While working for The New York Times, he covered the Watergate scandal and even revealed the secret bombing of Cambodia. The two-time National Magazine Award winner closely examined the Syrian Civil War and the attack on a pharmaceutical factory in Sudan. Many critics labeled him as a conspiracy theorist, especially for his rejection of official claims of the killing of Osama Bin Laden and on the Assad regime using chemical weapons on civilians.

Also See: Know about the net worth and career of Joe Rhodes.

Apart from journalism, Hersh loves to put his insights and views into paper and wrote several books like Reporter: A Memoir, The Dark Side of Camelot, and The Killing of Osama Bin Laden.

Seymour Hersh might be vocal about his professional success, but he keeps a low-profile of his love life. In fact, Sy is a married man to a longtime lover, and he couldn’t be happier. He tied the knot with wife Elizabeth Sarah Klein in 1964 and is blissfully together with her to date.

Talking about his background, Hersh was born in Chicago, Illinois, on April 8, 1937. Interestingly, his parents were Yiddish-speaking Lithuanian Jewish who emigrated to the US from Poland and Lithuania. He completed his graduation from the University of Chicago with a degree in history. Surprisingly, he worked at Walgreens before being accepted into the University of Chicago Law School and was expelled for having low grades.