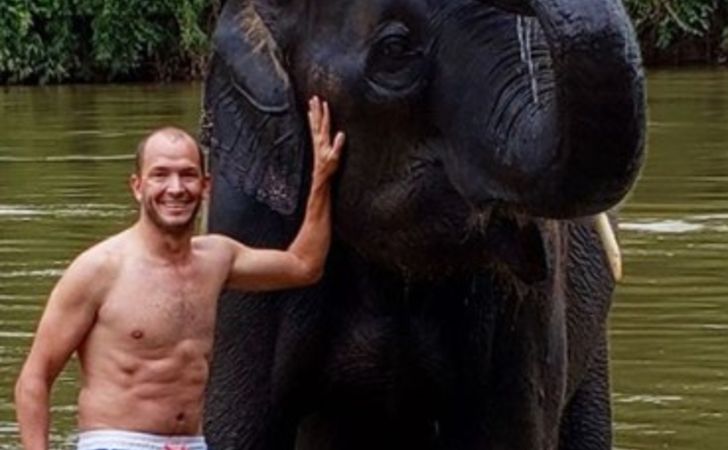 Jase Bennett is a businessman who founded the Hawaiian longboard brand Jaseboards. He is also a family vlogger who uploads several entertaining videos related to him and his family’s daily life, trips, and many other activities. Further, he helps his children with their YouTube channel too. Besides his own kids, he also assists other people to grow their businesses through his company, PRODUCT. We will share more about his net worth, career, and married life, so keep reading to grab it all.

Does who are desperate to know Jase Bennett’s financial status, let us break it down to you guys he is a millionaire. Precisely, he holds an outstanding net worth of $10 million, as of 2020. All credit for his impressive fortune goes to his years of hardship he placed to grow several of his businesses.

Jase brought millions of dollars in his pocket as a realtor. Indeed, as noted on his LinkedIn profile, he used to work as a real estate agent back in 2002. Further, he was also a partner in Staples Realty, Inc., where he also served as Broker in Charge for almost a decade.

Previously, he worked as FHA specialist trainer and supervisor in Mountain States Mortgage. In 2003, he started his first business, Ohana Video. He stays active in that firm until 2009. He also worked as a senior vice president in the American Money Group for three years, from 2007 to 2010.

In 2010, he began investing his time in Jaseboards, a skateboard company. He started the company in 2010 and initiated different actions as the firm’s president until 2016. Subsequently, after leaving that company, he began two more profitable projects: his YouTube channel with his wife and another, a company named PRODUCT.

His family-oriented YouTube channel, The Ohana Adventure, became a major success. It has more than 3 million subscribers. There he posts daily activities his family do in an exciting way. Likewise, he, with his wife, also share their trip videos with their children. Further, we can get a glimpse of their luxurious life, lavish house, and cars, etc.

Talking more about Jase’s YouTube channel, Naibuzz believes it’s worth $8 million, generating $1.5 million annually. Besides all of those pointed works till now, he also stays productive in the podcast industry. Yes, we can hear his voice in his podcast channel, The Decode.

With years of hardwork Jase even became the top 40 under 40 young businessmen in the Pacific Business News.

Jase Bennett is married to his wife, Rachel Bennett. Unfortunately, the exact date they tied the knot is unknown to the media world.

The millionaire dad, Jase, is father to his six children. He has four daughters, Klailea, Rykel, Cora, and Evelin, and two sons, Shae and Wyatt. All of them are living a blissful life together.

His baby girls, Klailea and Rykel, even followed their parent’s footsteps and started their own channel, which has shocking numbers of subscribers. They even flourished in other social media, including Instagram and TikTok. Further, his eldest daughter, Klailea, recently launched her own jewelry line.

Jase was born on February 14, 1980, in Utah. He grew up with his parents; however, further details aren’t available.

Talking about his education, the 40-years-old Jase went to Utah Valley University back in 2002. Before that, he graduated with a business degree from Skyline High school.