Fredricka Whitfield is a well-known celebrity daughter in her own right. Let us know everything about her relationship status, net worth and early life. 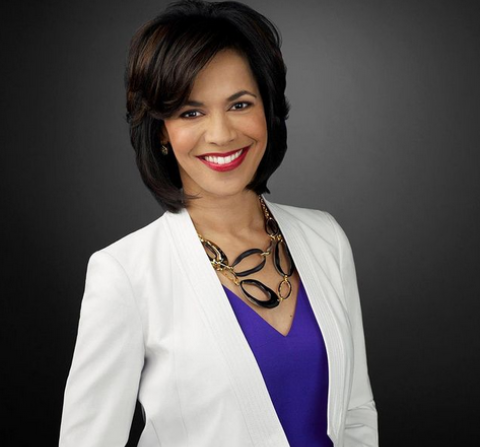 Fredricka Whitfield is a wife and mother of three children. She is married to her long-term boyfriend, John Glenn. John is the former director of photography of The Atlanta Journal-Constitution. The pair had been dating since they were in college.

The two tied the knot in 1999. The wedding was a small event of close friends and family. The couple has three children together. They became parents for the first time in January 2005, when Fredricka gave birth to their first son, John Malvin Glenn.

In November 2012, the couple became parents for the second time to a set of fraternal twins, a son and a daughter. Gilbert James Glenn was the name they gave to their second son, and Nola Amanda Glenn was given to their daughter. She frequently shares about her life via her social media profiles. The family of five is currently residing in Atlanta.

Fredricka Whitfield is a journalist and news anchor from the United States. She is well-known for anchoring CNN/US from the network’s world headquarter in Atlanta. The now 56-year-old has been working for more than 30 years.

Whitfield began her career at WPLG-TV in Miami after finishing her studies. She went on to work for NewsChannel 8 in Washington, D.C., KTVT-TV in Dallas, WTNH in New Haven, Connecticut, and WCIV in Charleston, South Carolina. She eventually became a correspondent for NBC News, serving as an Atlanta-based correspondent for NBC Nightly News from 1995 to 2001.

In 2002, the news anchor joined CNN. She has covered several major studies for CNN, which has made her well-known worldwide. She covered the news of the devastation caused by the Asian tsunami in December 2004. During Operation Iraqi Freedom, she also reported from the Persian Gulf region.

Whitfield has received numerous awards for her work in broadcasting. She was nominated for an Emmy for long form storytelling in 2000. She has also won several other awards, including the 2008 NAMD Communicator of the Year and the 2005 Ebony Award for Outstanding Women in Marketing and Communications. She currently anchors CNN Newsroom‘s weekend edition from the network’s world headquarters in Atlanta. According to sources, though the journalist has not revealed her net worth, it is estimated to be around $800,000.

Fredricka Whitfield was born in Nairobi, Kenya, on May 31, 1965. She was born to Mal Whitfield and Nola Whitfield. Fredricka’s father, Mal Whitfield, was an Olympian and middle-distance runner from the United States. He died on November 18, 2015, at the age of 91. On the other hand, her mother is a retired police officer of Nigerian descent.

The CNN news anchor is of mixed ancestry; her father is white Caucasoid, and her mother is of African descent. She has two brothers and one sister. Malvin Lonnie Whitfield and Ed Wright are her brothers, and Nyna Konishi is her sister. When the journalist was a child, her family lived in Somalia.

In terms of academic credentials, the journalist graduated in 1983 from Paint Branch High School in Burtonsville, Maryland. She continued her education by enrolling in the Howard University School of Communications, where she earned a bachelor’s degree in journalism in 1987. In 2002, the now 56-year-old was named Alumni of the Year by the Howard University School of Communications. She also spent some time in France as a college exchange student.