Ashleigh Banfield is an award-winning journalist and news anchor who has worked in various channels and covered numerous stories throughout her three-decade career. Here are the details on her relationship status, net worth, and early years. 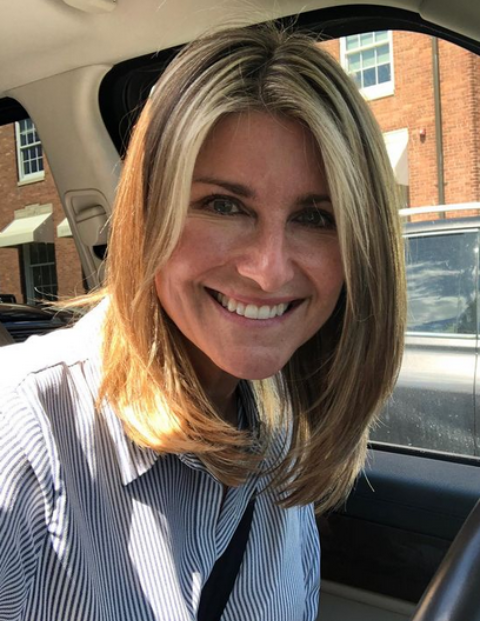 Ashleigh Banfield is a mother of two and a wife. She has been married twice. She married for the first time in 2004 to Howard Gould, a real estate financier who founded the carbon credit trading company Equator Environmental and the great-grandson of railroad developer Jay Gould. Their wedding took place on a wooden yacht at Canada’s Royal Lake of the Woods Yacht Club.

The ex-couple divorced, but they have two sons from their marriage. Jay Fischer Gould (born October 22, 2005) and Ridley Banfield Gould (born October 22, 2005) are their sons (b. May 21, 2007). The reason for the divorce is not revealed. On December 29, 2017, the news anchor married her second husband, Chris Haynor, whom she had been dating for three years. In October 2014, the two met on Match.com for the first time.

Following a 16-month engagement, the couple married in front of 50 guests at the Hermitage Club ski lodge in Wilmington, Vermont. The wedding was anything but typical. The guests who had gathered thought they were celebrating Banfield’s 50th birthday. The wedding march began to play, much to their surprise.

The wedding was wonderful. The couple has been together for four years as of now. The two live together with Ashleigh’s two sons from her first marriage. She frequently posts pictures of her family on her Instagram account.

Ashleigh Banfield is a Canadian-American journalist, news anchor, producer, and show host. She is best known as the host of NewsNation‘s show, Banfield. She has been working since 1988 and continues to do so. She is an award-winning journalist, having won two Iris Awards in 1994 for Best News Documentary and Best of Festival and an Emmy for her reporting at Dallas, TX broadcast station KDFW-TV.

The journalist began her career in 1988 at CJBN-TV in Kenora, Ontario. She went on to work as an anchor at CKY-TV in Winnipeg, CFRN-TV in Edmonton, and CICT-TV in Calgary. She also worked as a producer at Calgary’s CICT-TV. In addition, the show’s host worked as a freelance associate producer for ABC’s World News Tonight. MSNBC, a national cable network, hired her in the early 2000s. She joined CourtTV in 2005. (renamed TruTV).

The news anchor has hosted many shows like HomePage, MSNBC Investigates, Legal View with Ashleigh Banfield and Early Start on CNN. She co-hosted the trial coverage show Banfield & Ford: Courtside. On June 1, 2009, she hosted the truTV series Open Court. In 2014, the Banfield host appeared in a small role in the Netflix series House of Cards, where she interviewed Claire Underwood.

Banfield joined CNN as co-anchor of the network’s morning show, Early Start, in January 2012. She was promoted to the 11 a.m. edition of CNN Newsroom in New York on August 13, 2012. On August 6, 2013, CNN announced that it would rebrand its 11 a.m. hour of CNN Newsroom. Legal View with Ashleigh Banfield was the name of the show. The journalist has not revealed her net worth, but according to sources, it is estimated to be $700,000.

Ashleigh Banfield was born in Winnipeg, Manitoba, Canada, on December 29, 1967. Ashleigh Dennistoun Banfield is her full name. Her parents were John Alexander Banfield and Suzanne Elizabeth Banfield. Ashleigh has two siblings: a brother and a sister. Alex Sawchyn is her sister’s name. Her brother’s name, on the other hand, is unknown.

The now 54-year-old received her education in her native Canada in terms of academic credentials. She attended the Balmoral Hall School, a private university preparatory school in Winnipeg, Manitoba. In 1988, she earned a Bachelor of Arts degree in political science and French from Queen’s University in Kingston, Ontario. The show host continued her studies in French at the University of British Columbia in Vancouver, British Columbia, where she graduated in 1992. She became a naturalized U.S. citizen on October 24, 2008.