Evin Harrah Cosby is the daughter of an American comedian, television star, and producer, Bill Cosby. She is also the creator of The Cosby Show's Rudy Huxtable and the owner of a high-end boutique. Know more about her down below. 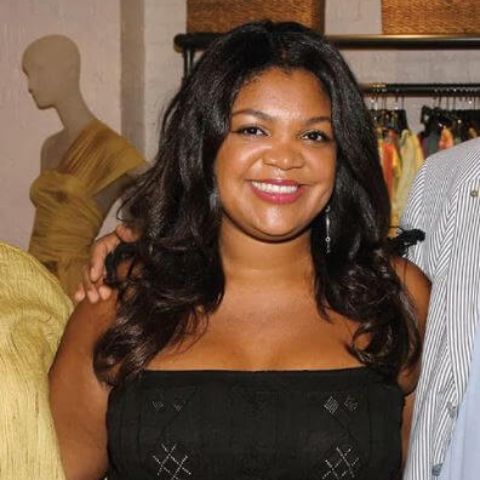 Evin Harrah Cosby was born in 1976 at Cedars of Lebanon Hospital in Los Angeles, California, to Bill Cosby and Camille Hanks Cosby. Erika Ranee, Erinn Chalene, Ennis William, and second-to-youngest Ensa Camille are her older siblings (in order of birth). Evin’s middle name was derived from William Fisk Harrah, a good friend of her father.

Bill’s daughter was babysat by family friends Tina Turner and Diana Ross in their dressing rooms when he was a child. Evin started primary school at Banks Street Elementary, a private school in New York when she was five years old. She then transferred to Columbia Grammar & Preparatory School, New York’s oldest nonsectarian private school, which serves students in grades K through 12. Evin attended Spelman College in Atlanta, Georgia, after graduating from high school. Spelman College is a historically African-American institution.

Evin Harrah Cosby’s net worth has yet to be determined. As of now, she hasn’t revealed her earnings. However, because she owns a high-end boutique, we know that it makes a lot of revenue, making her affluent and wealthy. Her father, Bill Cosby, has an estimated net worth of $400 million. “The Cosby Show,” which he created and starred in, is his most well-known work.

Instead of working for someone else, Evin opted to start her own business with the help of her parents. PB & Caviar Shop, which she co-owns with Wai Chan, is a fashion boutique located at 88 Thomas Street in Tribeca, New York City. Ben Sherman, Diesel, Tracy Reese, Melissa Odabash, Anna Sui, Torn by Ronny Kobo, Serfontaine, Sauce and Butter, Vanita Rose, Sestra Moja, Ingwa Melero, Chelsea Flower, Scoop, Danang, and Interlude were among the brands sold at the store.

The store also offered a coloring table and sold children’s toys. After three years in the Tribeca site, Evin relocated to 151 Ludlow Street on the Lower East Side. Evin decided before the shift that the new site would no longer provide children’s apparel and would instead focus on women’s clothing.

Evin Harrah Cosby’s father was one of the highest-paid superstars on the planet even before starting The Cosby Show. So much so that when his album contract expired in 1968, Cosby declined a five-year $3.5 million deal to start his own production company. He began releasing his comedy CDs and established the television series “Fat Albert” and “The Bill Cosby Show.“

As we all know, Bill became one of the wealthiest persons in the entertainment world thanks to the long-running success of “The Cosby Show.” From 1984 to 1992, the show aired. He was paid $4 million per episode during the height of the show. The show has made nearly $1.5 billion in syndication in only the previous two decades.

Bill Cosby, Evin’s fathers’ real estate holdings, is valued at more than $100 million. He has substantial real estate in both Pennsylvania and Beverly Hills. Based on recent comparable transactions, his Beverly Hills mansion alone could be worth $60 million. It could be closer to $80 million.

Evin’s Father and Mother own “the most significant art collection in the hands of an African American family,” according to reports. Bill began collecting in the 1960s, and his collection now includes works by Thomas Hart Benton, Rembrandt, Renoir, Picasso, and Matisse. The value of their art collection alone might potentially exceed $150 million.

Since 2000, Evin Harrah Cosby’s father, Bill Cosby, has been accused of rape, sexual assault, child sexual abuse, and sexual battery by many women. According to his accusers, the first assaults occurred in the mid-1960s. Cosby has frequently rejected the charges, claiming that the encounters were mutually agreed upon. Legal statutes of limitations did not cover the majority of the acts stated by his accusers. Following the claims, practically everyone associated with the Bill Cosby brand cut connections with him.

The Cosby Show reruns and other programs starring Bill were withdrawn from the airwaves. In 2015, Cosby was the subject of eight legal lawsuits, which grew to 33 by the end of the year. Bill Cosby was convicted guilty of three counts of aggravated sexual assault by a jury in Pennsylvania on April 26, 2018.