Skip to content
Home » News » ’90 Day Fiance’ Spinoff ‘Love in Paradise: The Caribbean’ Steven and Martine Discuss His Cheating in The Latest Preview

’90 Day Fiance’ Spinoff ‘Love in Paradise: The Caribbean’ Steven and Martine Discuss His Cheating in The Latest Preview 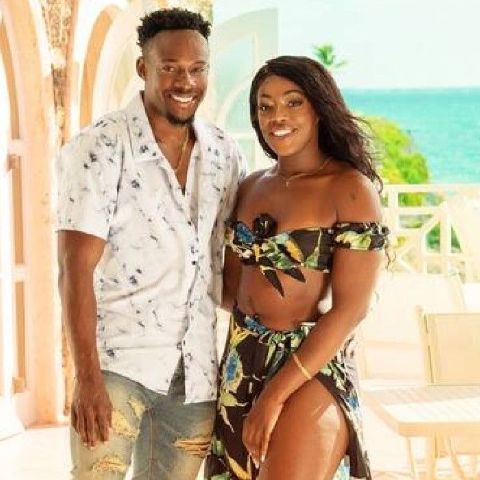 Will Steven and Martine be able to overcome his previous infidelity, or will their love be torn apart by distrust? In pop culture, exclusive sneak peek of this week’s all-new Love in Paradise: The Caribbean, a 90 Day Fiancé spinoff premiering Sunday on discovery+, the pair sits down for a serious chat about the betrayal in their relationship that has been tormenting Martine for two years.

Martine and Steven have a serious chat regarding Martine’s doubts about her Barbados-born boyfriend after confronting Steven about texts she found on his phone last week. Steven says Martine, “[You’re] always accusing me of stuff and looking for your own version of the truth. I don’t like that, and it’s damaging our relationship. It’s hurtful, really and truly.“

Martine admits that looking through her boyfriend’s phone was an “invasion of privacy” that she shouldn’t have done, apologizes, and vows never to do it again. Martine is skeptical of Steven’s assurances that she can trust him. She said, “I try to trust you, but it’s hard to trust after it’s been broken, and I don’t wanna be on your back all the time and make our relationship a relationship with no trust, ’cause that’s going nowhere.”

The model continues, “I want you to work harder to give me a reason to trust you or more reasons to trust you.” Steven argues that he’s “worked really hard” for the past two years to re-establish trust, and he believes she’s using his history as an “excuse to get out of the relationship.” Martine reacts by saying, “I don’t want to leave, but I’m just following my instincts.“

The reality TV star added, “I consider who I’ll be in five or six years and whether or not that lady would be proud of what I’m doing now, as well as what she would say to me.” She reveals to the camera that she feels like she’s been “pouring salt in [her] own wounds” and “torturing” herself while attempting to move past Steven’s adultery.

“I think part of me doesn’t let it go because if I keep it in the forefront, I won’t be as shocked if he happens to cheat on me again,” she says. “However, I believe it is now time to forgive Steven and truly forgive him, or I will have to end this relationship.” Every Sunday, Discovery+ broadcasts Love in Paradise: The Caribbean.