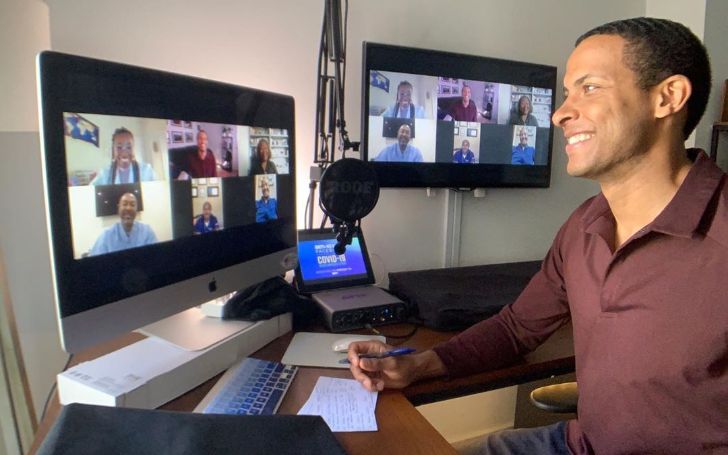 Errol Barnett is a national correspondent for CBS News, New York, and has created a massive fan-following from his presence on television. The British-born American anchor has been around the media industry for almost two decades now as he started out in 2001. With age by his favor, Barnett has a lot of potentials to take more prominent roles in the future. Although the sector is extremely challenging with immense pressure and responsibility, Barnett makes the job look like a cakewalk. So, today we take you close to the personal life, net worth, and career of the charismatic television reporter.

The 37-year-old Errol Barnett has nothing to worry about when it comes to his finances and income. Specifically, he amasses a staggering net worth of $1 million as of 2020. The primary source of his income is undoubtedly his profession as a journalist. According to estimates, Barnett earns around $60,755, which happens to be the average salary of a television anchor.

While Barnett might be a correspondent at CBS News since 2016, he acquired significant experience from CNN Newsroom as an anchor. Similarly, he was a host at Inside Africa from 2012 to 2014 after working as a correspondent for CNN Johannesburg. During his time at CNN, he reported on the rise in the influence of social media and President Obama’s Inauguration. Furthermore, he also anchored a noon eastern news-hour on CNN International. At present, he covered President Trump for three years while based in Washington, D.C.

Related: Get to know the net worth, career and personal life of Christina Macfarlane.

Barnett started out his career on Channel One News in 2001, and he burnt the midnight oil ever since to set his place in a journalist. He was chosen as one of Teen People magazine’s ’20 Teens Who Will Change the World’ for his initial works.

While the American correspondent Errol Barnett has a resounding professional life, he is fortunate to replicate the luck in his married life as well. The British-born journalist tied the knot with his 26-year-old fiancee Ariana Tolbert, on May 19, 2019. Even though they live at their house in Washington D.C, they exchanged their vows in a lavishing wedding ceremony in Round Hill Resort in Montego Bay, Jamaica.

According to Barnett’s friend, the television host was thankful to family and friends who flew from different places, including England. Surprisingly, the love birds chose to marry in Jamaica because Errol’s grandparents on his father’s side are from there. Interestingly, the couple shared handwritten vows at the ceremony.

Born on April 3, 1983, Errol Barnett was born in Milton Keynes, England. Surprisingly, he has English, German, and Jamaican heritage. Surprisingly, his grandfather, Gladstone Christie, was one of 500 Caribbean aircrews who served the British Royal Air Force during WWII. Talking about his family background, he was born to father Michael Christie and Pamela from Liverpool. As per his siblings, he has one older brother, Danny, and older sister, Natalie, who died, unfortunately.

Barnett’s parents broke up, and his mother moved on when he tied the knot with Gary Barnett, a U.S. Air Force sergeant. For his education, he completed his academics from UCLA with a B.A. degree in Political Science in 2008.

Also See: Grab all the details about Nuala McGovern and her net worth.