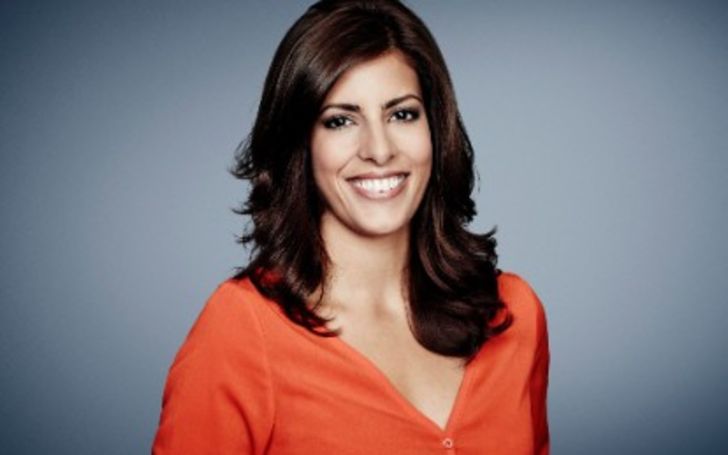 Christina Macfarlane has been a dedicated sports journalist currently serving as a sports and news anchor in the London bureau of the world’s leading news channel CNN. Previously, she holds the experience of serving in England & Walkes Cricket Board and Pinpoint Global Communications as a reporter and producer. Fell free to take a look at what we’ve prepared about the eloquent Christina’s life in this article!

Is CNN Sports Journalist Christina Macfarlane Married? What is Her Relationship Status?

Christina Macfarlane is engaged to her boyfriend turned fiance. Not much has been learned about her beau except his user name MJH.

The former CNN assistant producer has been dating her lover for a couple of years before showing off her engagement ring on her Instagram in August 2019. She uploaded a picture with her partner and captioned it with, “So, this happened.”

Almost two years since then, the lovely pair’s relationship still shares a strong bond as they have been. It does not look like it will be long before they become husband and wife. Warm wishes from us to the couple!

Macfarlane is usually busy preparing and committing to her works as a journalist in a major news company. She is an adventurous and sportive person and likes traveling and experiencing exciting things on her spare time.

Christina Macfarlane’s Net Worth And Career

Christina Macfarlane holds a net worth of $2 million from her career as a journalist. For someone who has been in the television news reporting, producing, and anchoring, she certainly earns a hefty salary from her contributions.

In her journalism career, which spans fifteen years, she worked in companies like Pinpoint Global Communications as a OB assistant producer. From March 2009 to November 2009, she served as a reporter and producer for England & Wales Cricket Board. She covered and reported the Ashes series for the England Cricket Board.

In 2012, she became a member of CNN International and covered the monthly winter sports show Alpine Edge. Moreover, she covered major sporting events like the 2012 London Olympics and the 2016 Olympics in Rio De Janeiro.

Christina Macfarlane was born and raised in Surrey, South East England, United Kingdom. She has a brother Tom Macfarlane who is a professional model under the management of Model Team Glasgow.

As for her education, she got her BA in English Literature from the University of Wales, Swansea, in 2001. In 2002, she transferred to Harvard University and the University of Massachusetts, Amherst, in 2003. The lady went to the City University London, where she received her Masters in Arts in Broadcast Journalism in 2008.

According to her Linkedin, Christina’s first work as a journalist was for Pinpoint Global Communication. In her career, she has covered national and international sports news such as skiing, rugby sevens, tennis, football, and golf. Likewise, she was the lead CNN correspondent at Wimbledon 2013; she also reported Sir Alex Ferguson’s retirement and Jose Mourinho’s return to Chelsea.

Besides journalism, the charming lady has passion for skiing and is a qualified ski instructor.

If you want to read more similar celebrity articles, be sure to check out Featured Biography!