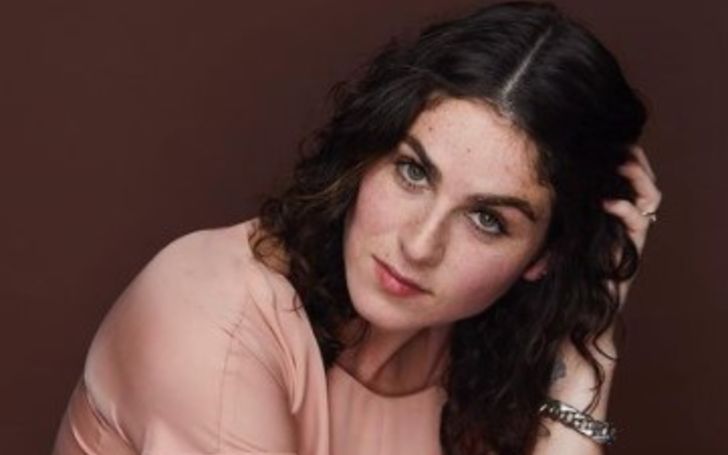 Emily McEnroe is the daughter of tennis great John McEnroe and Oscar-winning actress Tatum O’Neal. Because she’s a celebrity kid, she was part of her parents’ spotlight from the day she was born. It’s natural for her to have a hard time making a name of her own in any industry as people always got higher expectations from her. Further, her unpleasant past also created hurdles in her way to success. Despite all this, with hardship, she’s doing quite well in the entertainment industry. She followed her mother’s path to the movie biz. Let’s learn all there is to on her in this article today.

Emily McEnroe was born on May 10, 1991, to her celebrity parents. Her father, John McEnroe, earned massive fame in the tennis world, whereas her mother, Tatum O’Neal, flourished in the movie industry.

The 29-year-old McEnroe is the youngest of three children of her parents. Thus, she is blessed with two older brothers, Kevin McEnroe, 34, and Sean O’Neal, 33.

Besides her two elder brothers, young McEnroe also has two step-sisters named Anna McEnroe and Ava McEnroe. Both of them are the results of her dad’s second marriage with American singer Patty Smyth. Furthermore, the McEnroes also welcomed Smyth’s daughter Ruby (from her previous marriage) into their family. Thus, they definitely come under Emily’s siblings’ list.

Talking about Emily McEnroe’s relationship status, there’s a high chance she might be single as of now. She hasn’t shared any details on her love-life with the media.

Because there’s no official evidence that would lead us to her lover, it’s safe to say; currently, she’s single. Even on her social pages, she only shares pictures of her family members.

Emily McEnroe’s parents aren’t together anymore. It’s no secret to the public that the former lovers separated. Many media broadcasted news linked with their divorce.

John McEnroe and Tatum O’Neal got married in 1986, which came to an end in 1992. According to News Amo Mama, Emily’s dad and mom parted their ways due to John’s violent temper and O’Neal’s well-publicized addiction to cocaine and heroin.

Emily’s parents’ divorce grabbed more public attention from their custody battle over their children. It became an all-out war, as both Tatum and John had issues; however, in the end, the latter won the case, and Tatum ended up missing a large part of her kids’ childhood.

Like her mother, Emily McEnroe chose the film industry and pursued an acting career. Specifically, she’s an aspiring actress and voice artist whose work in the movie Futra Days (as Sheila) is in post-production.

Although her career path is well-known to the crowd, details on her earnings and income are yet to be revealed. Due to this reason, her net worth is unknown; however, many estimated that she might hold an impressive net worth of $700 thousand as of now.

Speaking of her parent’s fortune, both of them got massive piles of green. As a retired tennis athlete, her father is estimated to enjoy a net worth of $70 million, as Net Worth Post noted. Similarly, as a veteran actress, her mother’s net worth is calculated to revolve around $40 million.

That was all for now; do follow Featured Biography for more of these reads on your favorite celebrity!