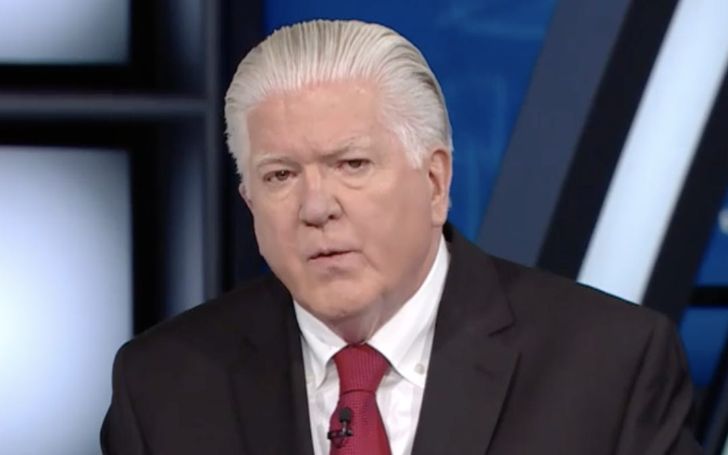 A dual citizen Brian Burke (b. June 30, 1955), rose to prominence as an ice hockey analyst. He’s also renowned as an ice hockey executive and further even as the president of hockey operations for the Calgary Flames. In addition to all this, he has served several roles in different ice hockey team until today. We will explain his career history, alongside his net worth ad personal life, briefly in this article. Thus, keep on reading.

There are no official documents to vouch for Brian Burke‘s actual net worth; thus, his financial status is unknown; however, there’s a record of him making some hefty amount of greens while working for Toronto Maple Leafs.

It is reported that Burke signed a contract with Toronto Maple Leafs to a six-year deal worth $3 million annually. Although he was fired a year earlier from the president and general manager position, he still earned enough to live a lavish life from his five years of work in the Toronto Maple Leafs.

Besides the Toronto Maple Leafs, Burke has a history of serving other successful ice hockey teams as an executive and general manager. Those that come on this list are Vancouver Canucks, Anaheim Ducks, and Calgary Flames.

Burke stepped down from the president of hockey operations for the Calgary Flames on 27, 2018. Subsequently, following his departure from the club, he joined Rogers Media as an ice hockey analyst during the 2018 Stanley Cup playoffs in April 2018. Since then, he’s continuing his career as a hockey analyst and works with Sportsnet and Hockey Night in Canada.

Except for being a hockey analyst and doing his work in television Burke in collaboration with Stephen Brunt, released a memoir about Burke’s life entitled “Burke’s Law” in October 2020.

Keeping all of his work records in mind, the internet world concludes that Burke might hold a massive net worth of $60 million as of January 2021. Though it’s an estimation, analyzing his career history can make one think the estimated amount should revolve around the fortune enjoyed by Burke.

Brian Burke, whose professional flourished quite well, found it hard to replicate his career success in his personal life. What do we mean by that? Well, he couldn’t save his marriage not once but twice.

The former Calgary Flames president is married twice. One of the two wives of Burke is Jennifer Mather Burke. Professionally, she’s an anchor at CTV News Channel. With her, Burke welcomed two beautiful daughters in his life.

Besides Jennifer, Burke shared his marital relationship with his ex-lover Kerry Gilmore, as Article Bio noted. The ex-couple also has babies of their own. The former duo is blessed with three kids, Katie, Molly, Patrick, and Brendan Burke.

Unfortunately, both of Burke’s marriages faced the same faith. We mean his relationship with his wives ended with a divorce.

Brian Burke Lost His Son, Brendan in a Car Accident

Brendan, who identified himself as gay, died at the age of 21 on February 5, 2010. Burke loved his baby boy a lot and was devastated by that incident. He supported his late son’s sexual choice and participated in the 2010 and 2011 Toronto Gay Pride parades.

Following that, on March 4, 2012, Burke and his son Patrick launched the You Can Play project in honor of Brendan, which is targeted at ending homophobia in sports.