Darris Love is an American actor who has appeared in several films and television shows but has kept a low profile in the media. Let's learn more about the celebrity's marital status, net worth, and childhood. 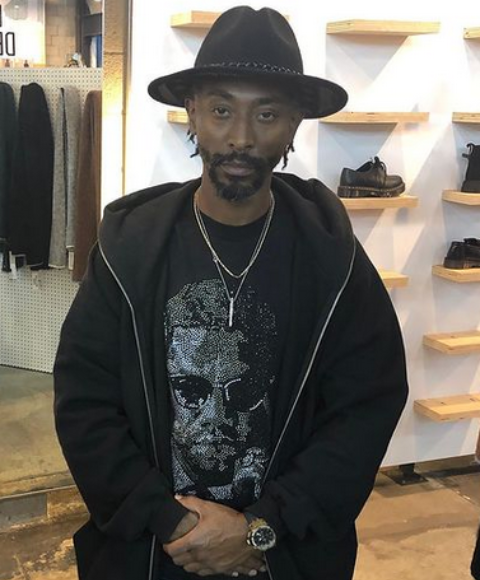 Darris Love Marriage and Past Relationship

Darris Love has always kept his intimate relationships private. He is a married man at the moment. Corinthia is the name of his wife. Because Corinthia is not a media personality, little is known about her. The couple hasn’t revealed anything about how they met or their marriage.

Darris was previously involved with Ayesha Dumas. There is no information available about Ayesha. The two had kept their relationship hidden from the media, but it was revealed in 2018 after they were arrested at gunpoint at a Los Angeles mall. They were shopping at a mall in Los Angeles when officers detained him at gunpoint on suspicion of burglary. Currently, the actor is happily married to his wife. Love frequently posts photos of himself and his wife on his Instagram account.

Darris Love is a well-known American actor. He is best known for his portrayal of Raymond ‘Ray’ Alvarado in Nickelodeon’s The Secret World of Alex Mack. Since 1994, the now 41-year-old actor has been actively involved in his acting career, which he continues.

In the 1994 film Shrunken Heads, Love made his acting debut as Freddie Thompson. He has since appeared in some other films. Among the films he has appeared in are Waist Deep, Bald, Nobody Smiling, The Power of Love, Forgiveness, and Gang Tapes. He has also appeared in television shows such as Passing Glory, The District, NYPD Blue, Angel, Without a Trace, Shameless, and City Guys, to name a few.

Aside from acting, the now 41-year-old has appeared in some music videos. In 2011, he appeared in Lil Wayne‘s music video, How to Love. In addition, he has appeared in other music videos, including Glenn Lewis‘ It’s Not Fair, Janet Jackson‘s All For You, and Monica‘s All Eyez On Me. The actor has not yet disclosed his net worth to the public. However, according to sources, he has a net worth of around $700,000.

Darris Love was born on April 26, 1980. He was born and raised in Los Angeles, California, in the United States. His full name is Darris D. Love. The Shrunken Heads actor hasn’t revealed much about his family. As a result, no information about his parents or siblings is available.

In terms of academic credentials, Darris graduated from Hamilton High School. It is unclear whether he continued his studies as he has not revealed it. He eventually decided to pursue a career in acting and went for it.