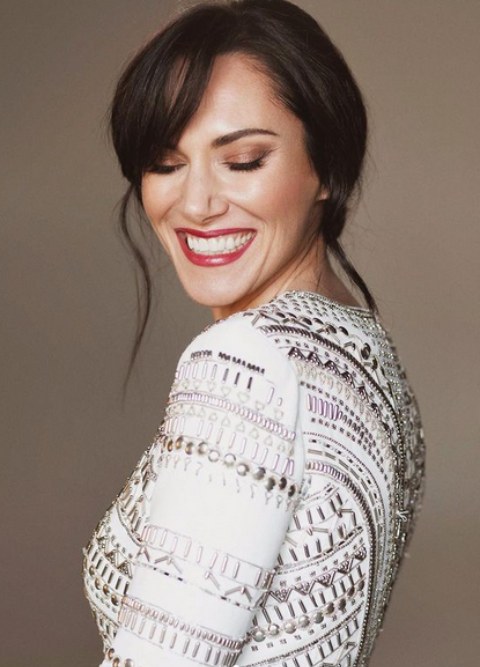 Kyra Zagorsky is an American film and television actress. She is best known for her roles in Helix and Supernatural and the film The Pastor’s Wife. She started acting in 2004 and hasn’t stopped since. The actress began her career in regional theaters before transitioning to television and film, where she is now regarded as one of the most sought-after actresses.

The now 45-year-old was raised in the mountains of a small town in Colorado, which explains why she is so athletic and is well-known for her athletic roles in her films. She is also trained in martial arts, including kickboxing, capoeira, and Filipino stick and sword fighting, which she did to boost her confidence and strength when she first started acting. This article will discuss the celebrity’s marital life, children, and husband.

Kyra Zagorsky, as young as she appears, is a mother of two, much to the surprise of many. She is the proud mother of a daughter and a son. Her children are shared with her husband, Patrick Sabongui. Patrick is also a well-known Hollywood celebrity. More information about him is provided in a separate section below.

Kyra and Patrick are both University of California, Irvine graduates from different years. They did, however, first meet in the Hollywood film industry. There is no information on when the two began dating. Nonetheless, after years of dating, they married on August 5, 2002.

The pair currently resides in Los Angeles and Vancouver with their children. Their eldest child is a daughter whom they have named Ashé Alexandria Sabongui. The couple’s youngest child is a son named Bodhi Gabriel Sabongui. Both of their children are still in school and have begun acting careers simultaneously. Kyra’s Instagram account is frequently updated with photos of her family.

Kyra Zagorsky’s family is a collective of artists in and of itself. Her husband is a well-known celebrity, and her two children are newbie actors. Patrick Sabongui, her husband, is a Canadian actor, stunt performer, theater actor, and drama teacher. He has appeared in numerous films and television shows and is one of Hollywood’s most well-known actors.

Ashé Alexandria Sabongui, Zagorsky’s eldest child, is an actress. Ashé has appeared in the movies such as 20 Minutes to Life, The Prince, and Shakey’s Coffee. Bodhi Gabriel Sabongui, her youngest child, is also an actor. Bodhi has previously appeared in films such as A Million Little Things, DC’s Legends of Tomorrow, and The Baby-Sitters Club. He recently joined the high-flying cast of New Line and DC’s Black Adam, the action-adventure superhero film starring Dwayne Johnson, which has given him a significant career boost.

The actress’ two young children have already established a significant social media presence through their respective social media profiles. The children have very distinct features due to their mixed heritage, including Egyptian ancestry on their father’s side and Polish and Ashkenazi Jewish ancestry on their mother’s side. They are currently studying and pursuing their acting career at the same time.