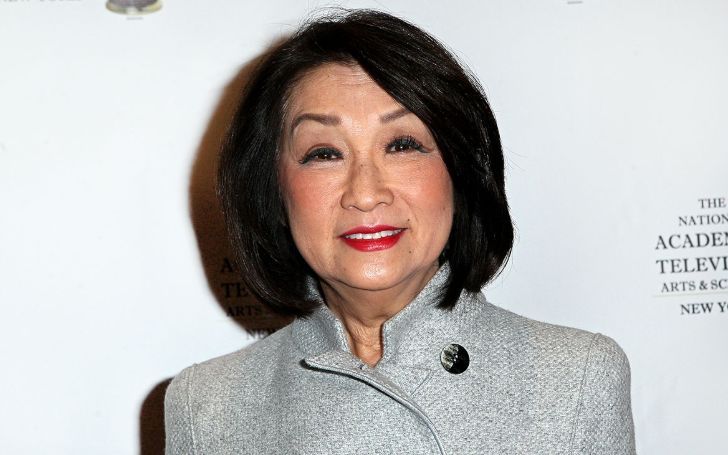 Being a journalist isn’t just anyone’s cup of tea, as it brings immense pressure and responsibility with it. Despite all the hardships, Connie Chung dedicates herself to the profession with a sole aim of service, just like it should be and makes a name for herself. With a career over four decades, the veteran journalist continues to burn the midnight oil despite the fact that she is approaching her mid-seventies. Her introduction would be incomplete without mentioning the fact that she has been an anchor for several top networks like NBC, CBS, and ABC. Stay with us to know more about her net worth, personal life, and early life.

Connie Chung’s Net Worth Makes Her A Multi-Millionaire

Yes, journalism can be difficult and challenging, but it is equally valuable considering the tremendous response it gives in terms of money. The Chinese American journalist gave her entire life in the field, and the media industry didn’t disappoint her as she managed to create a wealthy empire. Specifically, Connie Chung possesses a whopping net worth of $15 million as of July 2020, which is more than enough for the veteran to live a lavish lifestyle. However, money was never the motivation for her, but it was her dedication to the profession.

Chung started out as a Washington-based correspondent for CBS Evening News with Walter Cronkite in the early 1970s before switching to KNXT. Similarly, she also anchored for the network’s primetime news updates like CBS Newsbreak. Surprisingly, in an interview in 2018, the journalist spoke about the horrors of the network when she was sexually harassed in her career. Later, she left the network to join NBC and anchor the NBC Nightly News before making a return again in 1989. The diva rose to fame from her trademark interviews with Kathleen Gingrich and during the Oklahoma bombing.

You May Like: Grab the net worth and personal life details about journalist Wolf Blitzer.

Chung also worked for ABC, CNN, and MSNBC and strengthened her career portfolio. People started liking her about her rapid-fire barrage of sharp questions during the interviews. In fact, she became the first journalist to interview NBA star Earvin Johnson after he was announced HIV-positive. Besides, she also became the judge of Miss Universe in 2011.

Even though Connie Chung remains quite vocal about her professional endeavors, the former CBS anchor prefers to keep a low-profile of her love life. However, she couldn’t hide the fact that she is a married woman. Getting into the details, Chung tied the knot with television personality Maury Povich, the host of talk show ‘Maury’ in 1984. While it was the first marriage for Connie, her husband came off divorce with ex-wife Phyllis Minkoff.

In 2020, Chung will celebrate her thirty-sixth marriage anniversary with her beau, and she couldn’t be happier. Together, the love birds share an adopted son named Matthew Jay Povich, who is quite an adult already.

Talking about the background of Connie Chung, she was born in Washington, D.C, on August 20, 1976. Surprisingly, she was the youngest of ten children in her family. Furthermore, she was just born after a year when her family emigrated from China and was raised in D.C. As per her parents, her father, William Ling Chung, was an intelligence officer in the Chinese Nationalist Government. One of her siblings, June Chung, is married to U.S Army major John Fugh.

Chung went to Montgomery Blair High School in Silver Spring, Maryland, before going to the University of Maryland in 1969. The diva hasn’t converted to Judaism yet, but her beau did reveal that the former CNN anchor knows more Yiddish.

Recommended: Get to know about the career and net worth of Bonnie Bernstein.