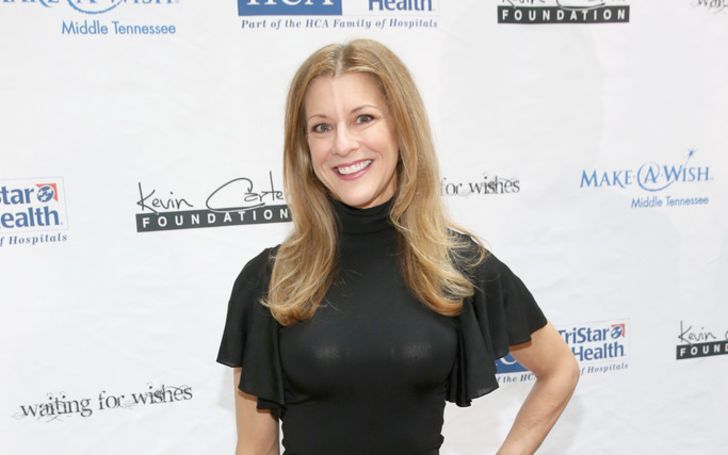 The sole aim of journalism is service, and Bonnie Bernstein is someone who entirely dedicates herself to the principle. She remains the perfect example of an empowered woman as she was named one of the most accomplished female sportscasters in history by the American Sportscaster Association. Her introduction would be incomplete without mentioning the fact that she is the Vice President, Content and Brand Development of Campus Insiders. With her experience in the field for over three decades, Bonnie Bernstein not just amassed a significant net worth but also rose to global prominence. Today, we bring you close to the personal life, net worth, and career details of the 49-year-old sportscaster.

Talking about finances, Bonnie Bernstein has nothing to worry about considering her years of experience as a sports journalist. Specifically, the charismatic diva gathers a whopping net worth of $1 million as of July 2020. The primary source of her wealth is undoubtedly her professional success over several networks like ESPN, espnW, and DirecTV.

According to estimates, Bernstein earns more than $38,456, which happens to be the average salary of a sports broadcaster. However, money was never the motivating factor for Bonnie as she continues to burn the midnight oil despite being a millionaire already. With her enormous wealth, the 49-year-old enjoys a lavishing lifestyle around all sorts of modern-day amenities.

Talking about the career of Bonnie Bernstein, she embarked on her career as the news and sports director at WXJN-FM radio in Delaware. After three crucial years, she made a switch to WMDT-TV as the ABC affiliate weekend news anchor. While she is the vice-president, content and brand development of Campus Insiders and the face of the network, she rose to fame for appearing in several other television networks.

Bernstein’s career took a big boost when she joined ESPN as the Chicago Bureau Chief in 1995. It was then when she covered Michael Jordan and the Chicago Bulls’ record-setting championship run. Later, she joined CBS Sports and worked as a lead sideline reporter for NCAA Men’s Basketball Championship before reporting for NFL on CBS. After a fruitful experience, Bonnie returned back to ESPN in January 2006.

Also See: Grab the details about Jeffrey Goldberg and his net worth.

Bonnie didn’t just limit herself to working on television, as she continued appearing on radio shows on 1050 ESPN Radio, before getting the prestigious position of a vice-president at Campus Insiders. Furthermore, she also served as the guest commentator for several news networks like NBC, MSNBC, and Fox News Channel.

Regarding the background of Bonnie Bernstein, she was born on August 16, 1970, in Brooklyn, New York. She belonged to a Jewish family and grew up in Howell, New Jersey. For her high school, she went to Howell High School and became the salutatorian of her class. Furthermore, the diva is also a member of the school’s hall of fame, which is quite a remarkable feat.

Related: Know about the net worth, career, and married life of Terrence J.

Bernstein’s love life isn’t equally fortunate, like her professional one considering the fact that she is a two-time divorcee. In fact, she married for the first time with ex-boyfriend Roy Thornton. However, she couldn’t sustain her romance with her first husband, which led them to part ways with a divorce. The ESPN sportscaster was back in the dating game again, which led her to tie the knot with Grant Reynolds. Despite good vibes in the second attempt, the marriage failed as well. Currently, she is unmarried, single, and back in the dating game.

Recommended: The secret to Thomas Friedman’s wealth empire through his journalism career.