Is Christopher Meloni Still Married? Detail About Their Relationship 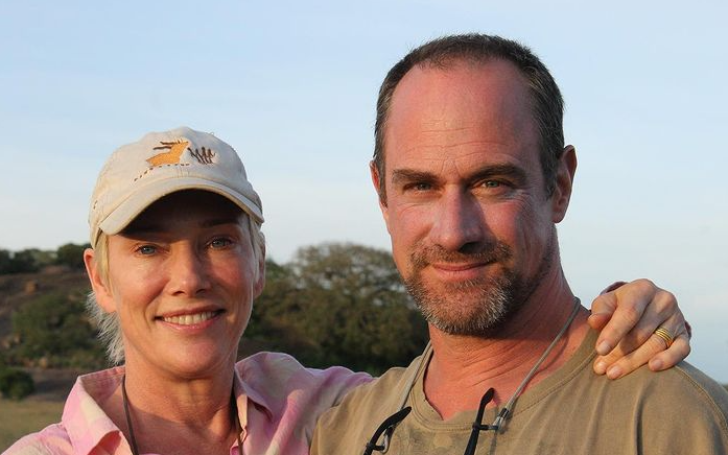 Christopher Peter Meloni is a well-known American actor best recognized for his roles in the television series ‘Law & Order: Special Victims Unit.’ He discovered an interest in acting while in college and went on to study it at the University of Colorado at Boulder. Though he has appeared in both cinema and television, his portrayals on the small screen have given him fame and a large fan base.

The artist has been able to seamlessly play characters on both sides of the law and capture the audience’s attention. In his debut television series endeavor, he played a serial killer, although he eventually went on to play an NYPD investigator. Keep scrolling down to know more about his relationship detail.

How did Christopher Meloni and Sherman Williams Met?

Christopher Meloni had just begun his acting career in 1989, juggling multiple gigs while waiting for his big break. During this period, he met Sherman Williams, who was working as a production designer. When she arrived at work on a motorcycle one day, Christopher fell in love with her right away.

Sherman was the polar opposite of the man who labeled the HBO series he was working on at the time “immensely forgettable.” Christopher was immediately drawn to her short blonde hair and retro sunglasses. However, after introducing himself, he discovered that she already had a boyfriend. After a few years, the two ran into each other again in Los Angeles and began dating.

Christopher Meloni and Sherman Williams’ Married Life. Who Are Their Children?

Years after their first date, Christopher and Sherman married on a Malibu beach in a medieval-themed wedding. Both reportedly drank a few tequila shots to toast their marriage before Sherman dashed to the airport for a job in Miami. Christopher admits that their wedding didn’t occur at the ideal time – he was still trying to establish his way in the acting business, and she was frequently on the road for work. Nonetheless, they both shared the desire to one day own a home and have children.

By the turn of 2000, the pair had relocated to different coasts to pursue their respective careers. Nonetheless, Sherman and Christopher agreed to stick to a straightforward rule: they would not spend more than three weeks apart. When their first child, Sophia Eva Pietra Meloni, was born on March 23, 2001, the couple chose to make New York City their permanent home.

Dante Amadeo Meloni, on January 2, 2004, their son was born. Every year on Dante’s birthday, Christopher posts a nice flashback photo of the two together. When asked about his relationship with his children, Christopher stated that he is highly involved in both of their lives.

After 12 years as Elliot Stabler, Christopher left the drama series in 2011 and has subsequently worked on various projects, including True Blood, Man of Steel, and Happy! He’ll be reprising his SVU persona and reuniting with longtime costar Mariska Hargitay for NBC’s Law & Order: Organized Crime this spring.

Sherman, on the other hand, appears to have rekindled her love of making art. She started her website in August 2017, which exhibits her original oil portrait paintings. Christopher has referred to himself as “his wife’s biggest fan,” promoting her incredible artwork on social media and, of course, uploading adorable images of himself with his wife. After all, Christopher is glad to announce to the world that he and Sherman are two brilliant minds who still like riding motorcycles.