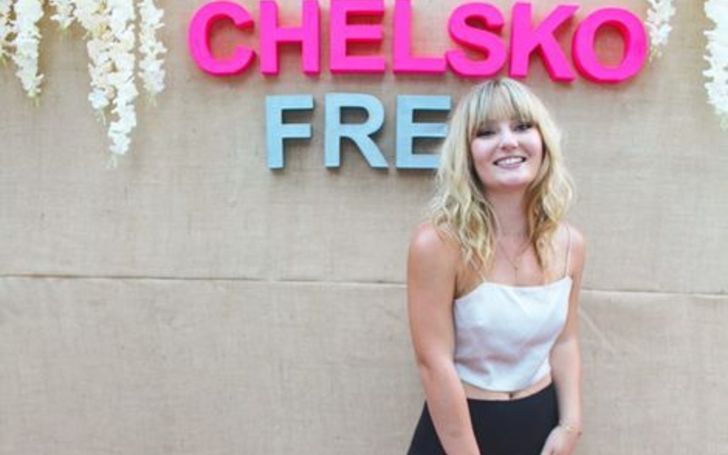 If you watched the popular television show Dexter, you might recognize actress Christina Robinson, who plays one of the kids of the lead character Dexter. The actress popularity in the movie helped her land roles in other works like Arctic Tale, Equestrian Sexual Response, and Syn.

Does Christina Robinson Have a Boyfriend? What’s Her Relationship Status?

The beautiful Christina Robinson is in a romantic relationship with her lover Jack Zuercher. Her handsome boyfriend is a naval officer.

The Dexter star is yet to reveal how she met or when she began dating her sweetheart. She is not shy of displaying her love life to the public and shares pictures on Instagram. Love is in the air for the couple, and the announcement of their marriage or engagement might be sooner than later.

At present, Robinson is relishing her life with her family and friends. She likes to spend her days traveling, shopping, and relaxing with her close ones.

Christina Robinson has a net worth of $500,000 from her many years in the acting career. Right now, she is working on a few projects, and surely her wealth is sure to increase.

In the many years of acting, her breakthrough performance has to be in the crime drama mystery show, Dexter. She portrayed the recurring character of Astor Bennett for 47 episodes.

Check out the clip of Christina Robinson giving an interview about her T.V. show, Dexter!

In the hit-show, she worked alongside Michael C.Hall, Julie Benz, Jennifer Carpenter, Preston Bailey, and many others. For her impressive performance, she was nominated for Screen Actors Guild Award for Outstanding Performance by an Ensemble in a Drama Series in 2009 and 2010.

The 22-year-old’s other notable work was in sci-fi series Sun in which she was one of the main cast members as she played the role of Eden. Likewise, she shared the screen alongside Anastasia Baranova, Emily Sweet, Tyrus, and Leesa Neidel.

Christina Robinson was born on November 08, 1997, in Orlando, Florida, United States. She has a twin sister Courtney Robinson who is also an actress.

The 1.68 meters actress began her acting career appearing in commercials for McDonald’s as a child. She was only seven years old when she made her television debut in Dexter in 2006.

Christina looks up to American actress Jennifer Lawrence. Besides acting, she likes playing soccer and plays as a defender.