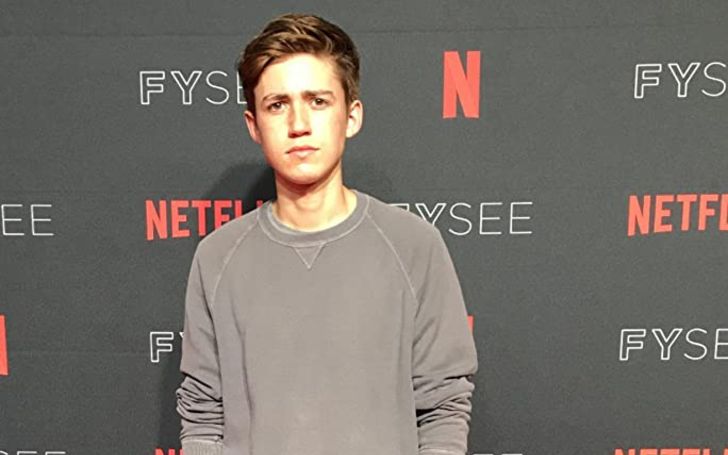 Preston Bailey is an American actor who is recognized among the viewers for his works on the T.V. series Dexter. In the big-screen, his notable works are Judy Moody and the Not Bummer Summer, The Crazies, Children of the Corn. If you wish to check out more about the charming star’s life, both personal and professional, feel free to go through the sections.

Does Preston Bailey Have a Girlfriend?

Preston Bailey does not appear to be in a romance with anyone and is likely single for the time being. There is also no rumors about his past love life in the media.

Going through his Instagram account, he seems pretty close to his female friend Kass Kaumana though he has not confirmed that he is dating her. The Cold Case star is young and maybe wants to remain single for a while before he finds someone special.

At present, Preston spends his free time traveling to various places with his friends and families. He posts pictures and videos of his private life on social media.

Among the many acting credits he has, his most famed performance has to be in the series Dexter in which he portrayed the character of Cody Bennett. The hit crime drama mystery show stars Michael C. Hall, Julie Benz, Jennifer Carpenter, Erik King, and many others.

Check out the clip of Preston Bailey and his brother giving an interview!

In movies, the 1.85 meters tall celeb is most known for his portrayal as Franklin Pearl in the Judy Moody and the Not Bummer Summer. Besides him, the 2011 comedy film stared Jordan Beatty, Heather Graham, Taylar Hender, Garrett Ryan, and a few others.

You May Also Like: Rebecca Olson Gupta Net Worth And Career!

For his performance, he won the Young Artist Awards in the category of Best Performance in a Feature Film- Young Ensemble Cast in 2012.

Preston Bailey was born on July 25, 2000, in Portland, Oregon, United States. He has mixed ancestry of British, German, Swedish, Norwegian, and Irish descent. His family moved to California when he was five years old.

The teen’s older brother is Brennan Baily, who is also an actor. He made his acting debut when he was only five years old by appearing in an episode of series Strong Medicine in 2005.

At age 10, Bailey was one of the youngest ever actors to be nominated for Screen Actors Guild Award for his performance in Dexter. He can speak French and actively participates in volunteering services.