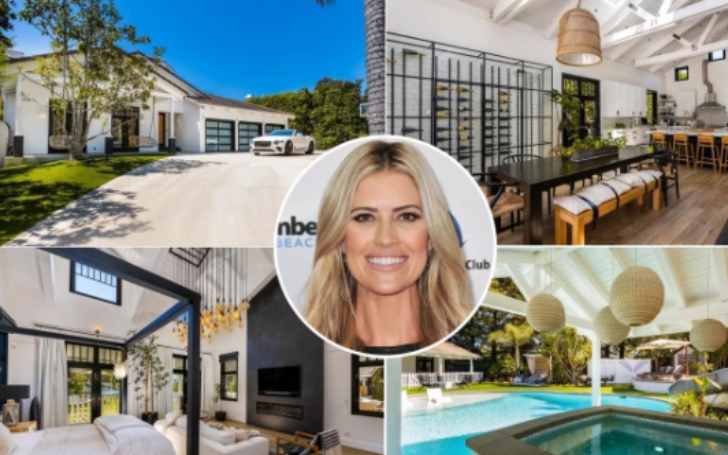 Christina Haack is slowly moving on from ex-husband Ant Anstead’s life and the house they shared.

You may remember that the “Christina on the Coast” alum announced her divorce from Anstead after 21 months of marriage. And now, rumors have swirled that she’s even ditching the Newport Beach Mansion they lived n and renovated together.

The exact value for this 4,800 square foot bedroom house hit the market for $6 million, including an astonishing profit. Having said, Haack purchased the house three years before for $4.1 million.

While many divorced couples sell their property in a way to split the proceeds, that may not actually require in Haack’s case. Per property records, the real estate is solely owned by her under Christina El Moussa’s previous name.

Christina also bought the house in June 2018, six months before she married Anstead in December 2018 solidifying her sole claim on the luxuries.

Why is Christina Haack Selling her House?

Although Haack’s name is the only one on the deed, this doesn’t actually mean Ant Anstead doesn’t have a claim on the home they shared amidst marriage. In California, as a community property state, assets get split right down the middle.

Haack and Anstead weren’t married when she bought the house, but they were only dating. Both parties were involved in buying the home as the two were forming their new life together. They were seen house-hunting together.

The pair’s surprise wedding was held in the backyard. Also, they had a third child there. Hard to believe all that and claim this was just her house. Haack’s reason for listing the house on sale after divorce may stem from the memories it holds.

Apparently, history is repeating itself. In 2018, Haack and her ex-husband Tarek El Moussa split the sold the Yorba Linda California family house they lived together. This hints that when her relationships crumble, Haack wants to start afresh on the home front.

According to a TMZ report, Haack wishes her new place will be closer to the coast with ocean views which shouldn’t be hard to do with her big budget.

Say updated with Featuredbiography.com for interesting news and gossips.