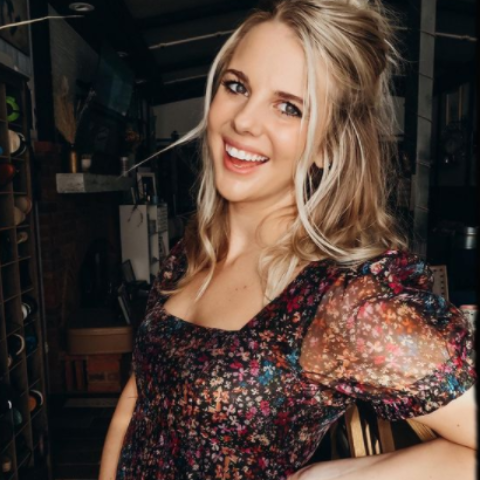 Nicole started dating fellow Big Brother contestant Victor Arroyo in September 2017. A year later, they became engaged. The pair married at a small wedding in orange Lake, Fla. Arroyo, and Franzel sparked romance after wrapping up season 18. During season 20, Victor Arroyo proposed to his wife Franzel on a special episode of Big brother.

In the season’s final episode, the couple celebrated their engagement among a few special guests, including BB alums Josh Martinez, Britney Haynes, Paul Abrahamian, Daniele Donato, and Derrick Levasseur. Furthermore, the duo participated in The Amazing Race. In February, the two were set to wed in the spring after the ongoing covid-19 pandemic postponed their 2020 wedding plans.

Nicole and Victor were one of that thirteen couple who is still together even after the show ended. These are counted as the power couple who already married while the other competitors are still dating. In fact, Franzel and Arroyo are already set to be new parents.

Victor Arroyo’s wife Nicole Franzel is 23 weeks pregnant with the couple’s first child. She showed off her baby bump on 3 April 2021 on wishing her fan followers a Happy Easter Weekend.

While posting the picture, she wrote, ” I love getting ready once a week to show off my bump. Otherwise, you will find e in Vic’s t-shirt, a bun, and glasses. A few months before, Arroyo shared a sonogram of his baby via Instagram.

Before Arroyo, Nicole was in an intimate relationship with a fellow houseguest Hayden Voss, who she also encountered on Big Brother. Apart from Big Brother, the lovebirds also dated outside the show. Unfortunately, the pair parted separate ways after a year. Likewise, Franzel continued her relationship with fellow houseguest Corey Brooks. They sparked romance for several months.

Franzel was the second youngest contestant in the house during her entry onto Big Brother 16. She applied for the show as a self-proclaimed “superfan.” Nevertheless, on day 56, she was evicted by a vote of 6-0 and became the 3rd member of the jury. Not only that, Nicole became the first person in Big Brother history to win HOH and get evicted in the same week.

Franzel returned to the house on Day 63 after winning the challenge between Hayden, Jocasta, and Zach. On Day 71, Nicole won a sixth consecutive time and re-evicted by a vote of 4-0 as the fifth member of the jury. When it comes to her appearance in Big Brother 18. she received the power of HOH two times during the season, first in week 1 and second in week 10.

Nicole Franzel was born on June 30, 1992, in Ubly, Michigan, United States. She holds an American nationality and belongs to white ethnicity. As per Franzel’s bio provided on Instagram, she is of mid-western accent and an animal lover. She is a registered nurse by profession. Speaking of education, Franzel graduated from high school as an ER nurse in 2014.