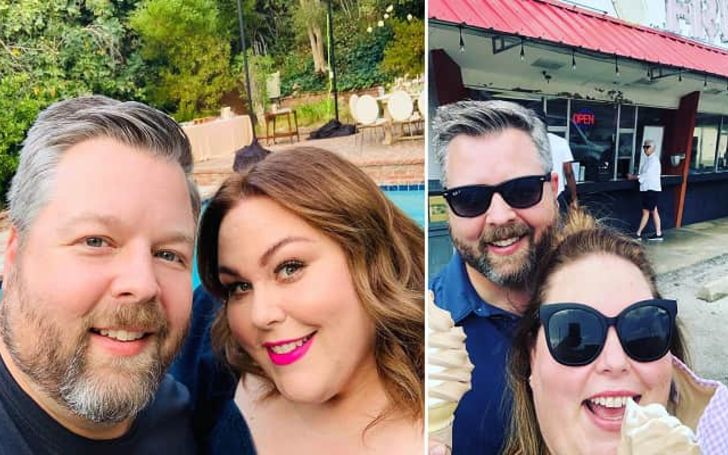 It’s finally official! This is US star Chrissy Metz has finally introduced her new boyfriend!

The 40 years old star celebrated her National Boyfriend Day with a blast. She shared a photo gallery with her new boyfriend, Bradley Collins on her Instagram, where she wrote, “Happy #NationalBoyfriendDay to my dreamboat,” on Saturday, October 3.

Bradley, from the first moment I laid eyes on you I wanted and needed to know you. Now I feel so lucky to love you. You can #Collinsmesmitten for sure! Thank you for being the absolute wonder that you are, I love you.

Earlier this same week, her partner, Bradley, went Insta official and celebrated his partner’s birthday. He took to his Instagram to share a selfie with her. He wrote, “Happy Birthday to my love, Chrissy. From our first date in May, you’ve had me #Metzmerized with love, laughter, and kindness.”

The Nashville native also further wrote, “You’re not the best thing that’s happened during quarantine, you’re the best that’s ever happened to me. I love you. You the Best!”

Chrissy returned to Los Angeles in late August to start the production of the new season of This is Us. But, before that, she was in Nashville, spending her quarantine lockdown, and we all know her boyfriend is from the same place. Well, we’re pretty certain that the duo was together during the lockdown.

For Metz’s previous dating relationships, she dated composer Hal Rosenfeld. The pair called it quits two years back, but there were rumors that revealed they separated just recently.

Congrats to the new pair!