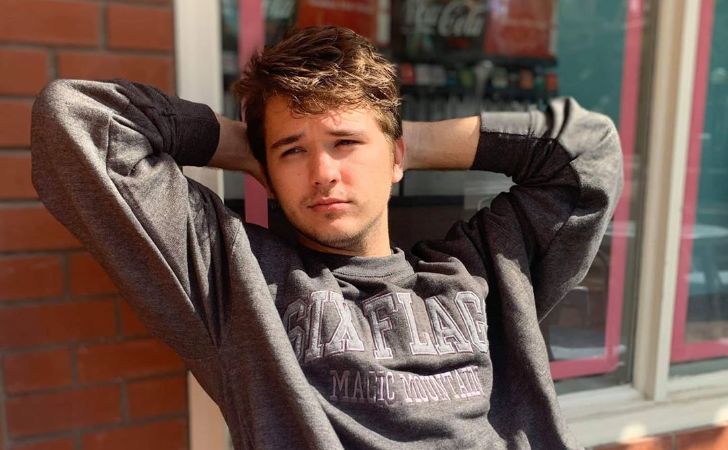 There is a reason why the showbiz industry is a widely celebrated sector and many people would love to be a part of it. With the fame and fortune it brings, why wouldn’t anyone dream of being an actor at least once in their lifetime. John-Paul Howard was absolutely one of them but unlike most of the dreamers, he burnt the midnight oil to achieve his goals and become a part of the film industry. He is best known for featuring in movies like ‘First Dog’ and ‘Outlaw Country.’ So, today we take you close to the personal life, net worth, and career of the talented young artist.

When it comes to finances and income, John-Paul Howard gathers a staggering net worth of $500,000 as of 2020. The financial aspect is surely one thing that fascinates many aspiring youths to join the entertainment industry, alongside the wealth it provides. Thanks to the six-digit bank balance, he can afford a lavishing life around all sorts of modern-day amenities.

Getting into his source of earnings, Howard is an American actor who rose to fame for appearing in movies and television shows at a young age. Interestingly, he embarked on his professional journey as a child actor, when he was only seven years old. In fact, he appeared in some top films such as ‘First Dog’ and ‘Outlaw Country.’ In addition to that, he even made an appearance in ‘Space Between Us’ in 2016.

Howard strengthened his resume when he appeared in the television show ‘Midnight Texas’ in 2017. For someone who is a teenager, he can go miles ahead and achieve a lot more in the years to come.

John Paul Howard’s success in the showbiz industry might be renowned to everyone but the teenage actor is successful to keep a low-profile of his love life. Consequently, there is not a clue if the actor is dating a girlfriend or had any dates in the past as he is extremely secretive.

He is active on Instagram but his follower count is relatively low with only 2000 followers, for a young aspiring actor like him. Beyond featuring in films, he loves watching them too and recommended Hulu’s ‘The Wretched’ to his fans on Instagram.

With a nickname of JP Howard, he auditioned for ‘White Rose‘ and ‘The Seven Dwarfs’ when he was seven. He is the son of father Robert Howard and mother Rebecca Howard. Likewise, he also shares his bloodline with a sibling sister, Jessica Howard. Despite his acting success, he hasn’t left education as he goes to Eldorado High School for his academic goals.

Judging by the looks of it, John Paul Howard is full of life as he lives an adventurous lifestyle, traveling around new places. In fact, he also loves music and plays the guitar whenever free.