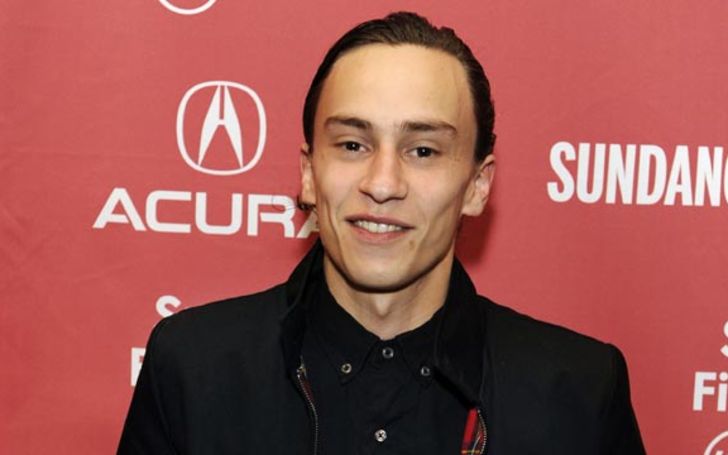 English-born Canadian actor Keir Gilchrist is one of the talented actors in the entertainment industry. Interestingly, he rose to fame with his versatile acting of an autistic character of Sam in Netflix’s comedy series titled ‘Atypical.’ With over a decade in Hollywood, he made a reputation as a top asset. So, without wasting much time, let us get into the personal life, net worth, and career details of the charismatic actor.

The 27-year-old Keir Gilchrist made his debut back in 2004 in ‘The Right Way,’ and ever since, he never looked back. Kudos to a sixteen-year long career, he amassed a colossal sum in his bank account. Specifically, he gathers a staggering net worth of $400,000 as of 2020.

The primary source of his soaring net income is none other than his roles in the television. In fact, with his experience and expertise, he earns far more than $50,010 per year, the average salary of an actress in the industry.

Recommended: The ex-wife of Tom Lester: Kaylie Lester’s married life and net worth.

Apart from filmography and television acting, Keir Gilchrist is also an amateur photographer. He enjoys a lavish lifestyle out of his bank balance and loves traveling and adventure.

Keir Gilchrist’s Career: Back and Forth in Television and Movies

English-born Canadian actor Keir Gilchrist always had a profound interest in acting. Surprisingly, he always looked towards established stars and considered Johnny Depp as his role model. The break-through in his professional journey came in 2009 when he got the lead role of Marshall Gregson in ‘United States of Tara.’ Before that, he used to play cameo roles or recurring roles in shows like ‘Family Guy,’ ‘ReGenesis,’ and ‘Doc.’

Gilchrist also made many Hollywood appearances in movies like ‘Just Peck’,’Dark Summer,’ and ‘Dead Silence.’ Furthermore, he got another career-defining role in Netflix‘s ‘Atypical’ in 2017. The coming-of-age television show returns with a final fourth season in 2011. Likewise, his impressive performance in ‘Seasick Sailor’ led him to the award win of Best Actor in the 2013’s Williamsburg Independent Film Festival. Furthermore, he bagged another title in Hollywood Reel Independent Film Festival in 2014.

Keir’s last work came in 2019‘s ‘Castle in the Ground’ as Polo Boy. Moreover, the actor has several projects lined up on big-screen like ‘An Intrusion’ and ‘The Education of Fredrick Fitzell’, which are in the post-production stage.

The ‘Atypical’ star Keir Gilchrist belonged to a reputed family. He was born in London to Canadian parents Ian Gilchrist and Catherine Gilchrist on September 28, 1992. Interestingly, his grandfather, Douglas Peters, was a renowned economist and politician. Interestingly, his grandfather used to serve the Liberal Member of Parliament for Scarborough East and Secretary of State for International financial institutions. Thus, born in such a wealthy family, the actor spent his childhood quite well and got all the amenities required to grow up in a privileged manner.

Gilchrist spent most of his childhood in London, but his life took a big turn as he moved from the city. He, alongside his famous family, moved to Toronto, Ontario, after a few years. Likewise, he further relocated to Boston, Massachusetts, where he developed his acting ambitions. It was there when he learned professional acting and drama. Not just that, the talented artist even went to Annex Children’s Theatre to polish his skills.