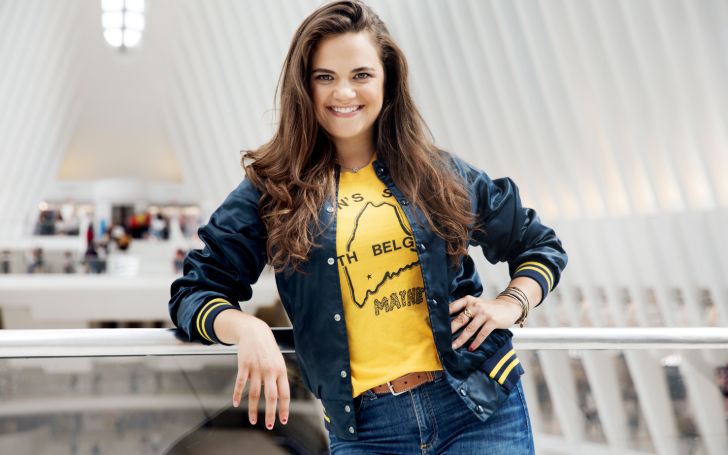 Charlotte Wilder is a renowned blogger who succeeded in becoming one of the most engaging content creators across multiple platforms. She’s a young journalist who is also active as a writer, host, and podcaster. After her appearance in Fox Sports, Wilder gained more popularity, which created this curiosity within the viewers to learn more about her. Thus, today’s article will be all about her. Keep reading to know all there is about Charlotte Wilder.

As people began to make a strong impact on the crowd with their professional success, many began to search for details on their fortune. The same thing happened with Charlotte Wilder. As she rose to fame, her fans want to know where she stands financially.

According to Celeb Pie, Wilder, 30, holds an impressive net worth of $1 million as of 2020. Credit for her being a millionaire goes to all the creative content she produced till today.

Wilder began to rise towards success after her blog, The Wilder Things, became famous. She founded her famous blog back in 2009. Although she stopped blogging in 2014, her work in The Wilder Things is still well-known to her fans.

Besides her own blog, Wilder worked with America’s Test Kitchen and Boston Globe Media. Further, in 2016, she even stayed active as a writer at USA Today in Virginia, but only for a few months. In the same year, Wilder began working at SB Nation.

After Wilder started to work for SB Nation, she gained more attention. In addition to that, from 2018 to 2020, she also served Sports Illustrated, where she accumulated a massive fan following. As of now, she’s with Fox Sports based in New York.

As Earn The Necklace noted, Wilder took her Wilder Things panache to her podcast, Most Valuable Podcast, with Jess Smetana. Further, except for working on her job, she loves to tweet on Twitter.

Charlotte Wilder was born on March 25, 1990, as the daughter of Throop Wilder and Deborah Weisgall. She’s a native of Massachusetts.

Talking about Wilder’s parents’ profession, there’s no information on her father’s career, whereas media came to know her mother is an experienced writer who contributed to The New York Times and The New Yorker and written three books.

Wilder is granddaughter to the late Hugo David Weisgall. Before he passed away in 1997, at the age of 84, her granddad had established himself as a great composer and conductor in the opera world.

Regarding Wilder’s educational background, she attended The Winsor School. After graduating in 2007, she went on to major in history at Colby College in Maine.