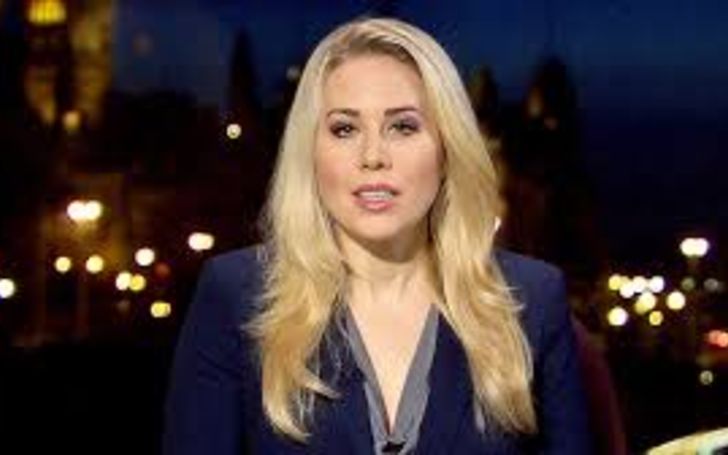 The sole aim of journalism should be service, and Mercedes Stephenson is someone who dedicates her entire career to the belief and makes a name for herself as a military analyst and a journalist. Her introduction would be incomplete without mentioning how she is the host of Global Television Network’s Sunday Morning talk show called ‘The West Block.’ With almost two decades of immense hardwork, Stephenson not just rose to fame but also amassed enormous net worth. So, stay with us to know about the finances, career, and personal life of the inspiring diva.

When it comes to income and expenses, Mercedes Stephenson has barely anything to worry about, considering her work in the media industry. With nineteen years of hardwork in the journalism sector, one would expect the 39-year-old to possess a colossal fortune. Specifically, Stephenson gathers a whopping net worth of $500,000 as of July 2020.

The six-figured net worth of Mercedes Stephenson is more than enough for the diva to enjoy a lavishing lifestyle around all sorts of modern-day amenities. According to Payscale, as a television host, she earns around $60,755 per year, which is the average salary of a news anchor. However, it was her dedication to serving the public, which kept Mercedes in the industry for so long, not the money.

Mercedes Stephenson is currently the host of Global Television Network’s Sunday Morning talk show ‘The West Block.’ While she has a stable job at present, the 39-year-old burnt the midnight oil for years to reach such a stage.

You would be quite surprised to know how a younger Mercedes Stephenson served as the president of the Society or Military and Strategic Studies. In fact, she was the youngest North American military analyst who covered the Iraq War. Furthermore, she also reported from Afghanistan when the Canadian Forces had their mission.

Also See: Know the net worth, career, and personal life of Karyn Pugliese.

Stephenson moved to Toronto to become the host of a weekly public affairs TV show initially but later moved to Ottawa as the parliamentary reporter for CTV News Channel. Mercedes served as the host of the political program ‘Power Play.’ Kudos to her impressive performances, she was named one of the 25 Best and Brightest University Stars by Maclean’s magazine. Furthermore, she also got the job of a host of a national news program for the Sun News Network but quit shortly before it launched.

While Mercedes Stephenson remains quite vocal about her professional life, she prefers to keep a low-profile of her personal side. However, we do know that she is a married woman. The Global Television journalist tied the knot with Dan Mader in 2015 and is blissfully together with her husband to this date.

Speaking of her background, Mercedes Stephenson was born in Calgary in 1981. She spent her entire childhood in the birth town itself, where she has many fond memories to cherish. For her education, she got her BA in political science from the University of Calgary. In addition to that, she did post-graduate studies at the University of Calgary Centre for Military and Strategic Studies. The Global Television host also studied economics and media ethics to widen her insights into the related field. She worked as an intern at The Pentagon and also was a visiting research student at the reputed MIT Center for International Studies.

Recommended: Grab the net worth and career details of Jeff Semple.