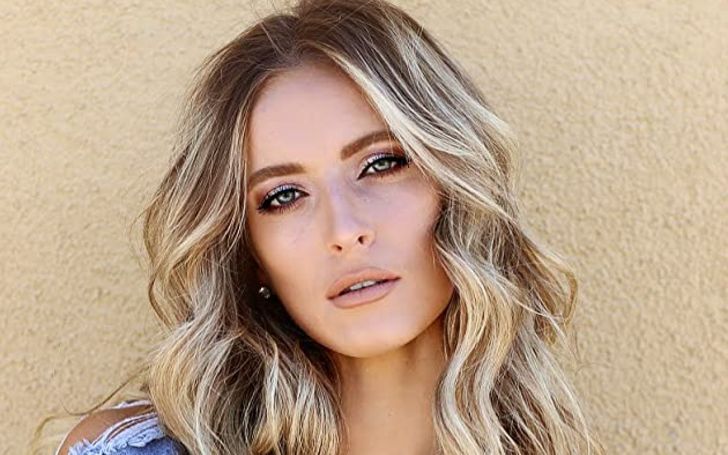 Sarah Ashley Callahan, better known as Sarati, is a popular internet figure who sought fame as a model and actress. Her Tiktok account is one of her main popularity sources with over 9 million followers, followed by her Instagram account, which has a whopping 373k followers. Fans might’ve also seen her as a briefcase girl on the game show Deal or No Deal. She’s also appeared in a couple of movies like Stitchers and Lethal Weapon. Here we have a list of all sorts of details like her personal life, career, and net worth.

The profession of an influencer and a model is one of the most lucrative ones out there in the sense of making a steady net worth collection. We’ve seen top influencers promote brands, games, products, and many more, but have we thought how much they get paid for it?

The pay ratio of an influencer depends on their reach and number of followers. For a Tik Tok star-like Sarati, she makes an estimated amount of $5000 per sponsored post on her Tik Tok profile and around $1000 on Instagram. She also gets a handsome salary from her modeling campaigns and advertisements.

You may also like: Real Estate Queen Brittany Picolo-Ramos Net Worth.

Sarati is currently working with Otto Models and Bicoastal Management and is the head of Mont Ford Agency. Even though she’s yet to share her financial wealth in the media, we estimate it to be a staggering amount of $300,000 as of 2020.

Sarati Relationship, Is She Married?

Talking about Sarati’s personal life, she’s happily married to the love of her life Jesse Callahan. The couple has kept their love life off the social media radar, which is why there aren’t any more details on them. They dated for quite some time and finally engaged in 2018.

The couple took their wedding vows on June 1, 2019, surrounded by all of their loved ones and family members. Sarah’s husband works as a brand manager for the Montford Agency, and his specialty lies in influencer marketing and management.

Sarah Ashley Callahan was born on November 17, 1995, to her parents David R. Toups and Sharon Salvato Toups in College Station, Texas. Her father is a successful attorney and a managing member of the Toups Law Firm in Houston. As for her mother, she is a founder and director of Lil Wranglers.

Growing up, the 25-year-old shared the sibling bond with her brother Seth Toups. Her brother is currently involved in stand up comedy. Speaking about Sarati’s career, she moved from Texas to California to pursue her career in the entertainment industry. After struggling for some time, she found work in various programs appearing in shows like Deal or No Deal, Lethal Weapons, Stitchers, and many more.