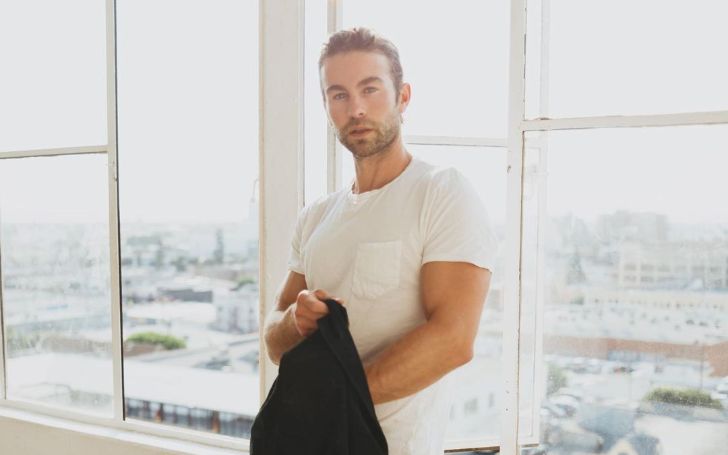 Christopher Chace Crawford is a famous American actor well known for his role as Nate Archibald on The C.W.’s adolescent drama Gossip Girl, along with stars like Leighton Meester, Blake Lively, Penn Badgley, and Ed Westwick. He played Cooper Pollard, the main character in the parody Mountain Men, in 2014. The film follows two siblings who are at odds as they head up the mountain to look for their missing father; nevertheless, they become stranded and have no choice except to cooperate in returning home.

The American actor has appeared in several movies, including What to Expect When You’re Expecting (2012), The Haunting of Molly Hartley (2008), and The Covenant (2006). Crawford is also a social media user. He has a total of 2.2 million Instagram followers, 50k Facebook fans, and 108.2k Twitter followers. Do you want to learn a little more about The Boys‘ actors? Let’s take a look at Chace’s off-screen partner.

Chace Crawford’s Relationship Status, Who Is He Dating?

Let’s talk about Crawford’s Relationship Status. Is he married, single, or dating anyone? Well, the actor seems to be single as of 2021. He hasn’t been married till now. Moreover, Chace is looking for a perfect match for himself.

Talking about his previous relationship, he was linked with Rebecca Rittenhouse. The couple started dating in 2016 and declared it quits in 2019 after three years together. The former pair met on the set of Blood & Oil in 2016 and seemed to be in it for the long haul for a brief while. However, the Gossip Girl alum said he was “casually dating” again not long after the two split up.

From 2013 through 2014, Chace Crawford and Rachelle Goulding dated. The Covenant star revealed where he stood with Goulding following their divorce in an interview with The Kyle and Jackie O Show, saying, “It’s entirely okay… totally good,” and adding that the two “had fun” before parting ways.

Also, See: What is Penn Badgley’s Net Worth Collection?

In 2009, the Gossip Girl star was seen canoodling with the Twilight actress Ashley Greene on several public occasions. “They used to hook up actually back when he lived in Los Angeles,” a source for E! News said at the time of the romance claims but added that their hookup sessions were “never anything serious.”

Furthermore, Crawford has also dated Carrie Underwood, an American singer-songwriter. Their relationship “simply didn’t work,” according to the country artist. “It was absolutely mutual,” Underwood told Extra after the beautiful pair called it quit in 2008. “It’s like ‘peace out.'” We broke up over text.

Chace Crawford made his cinematic debut as Tyler Simms in the supernatural horror thriller The Covenant in 2006. Then, he did Gossip Girl along with Leighton Meester, Penn Badgley, Kristen Bell, Ed Westwick, and many more. Moreover, Leighton is a married woman.

In addition, Joe Mazzello composed and coordinated Crawford’s performance as Arthur Barone in the sports satire film Undrafted. The project was taped at Dunsmore Park in La Crescenta, California, based on the true story of a promising young baseball player. He later landed a supporting part in the film Rules Don’t Apply.