Skip to content
Home » Entertainment » Who is Jon Moxley and Renee Young’s Daughter? Find Here Below

Who is Jon Moxley and Renee Young’s Daughter? Find Here Below 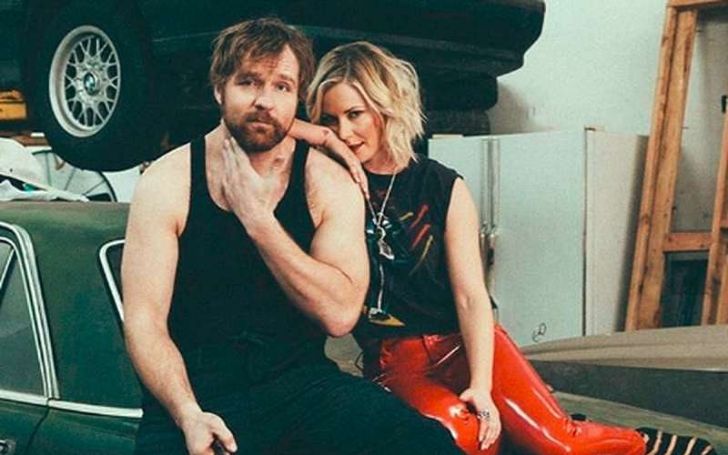 Jonathan David Good, better known by his ring name Jon Moxley, is an American actor and professional wrestler who is presently signed to All Elite Wrestling (AEW). In addition, he wrestles for New Japan Pro-Wrestling (NJPW) and occasionally on the independent circuit. He rose to prominence during his time with WWE, where he went under the ring name Dean Ambrose from 2011 until 2019.

Renee Jane Good is a Canadian-American television personality and host. She is best recognized for her tenure in WWE from 2012 until 2020. She worked as a commentator, presenter, and interviewer before eventually providing backstage interviews and color commentary on the SmackDown brand as Renee Young. Moxley and Renee were both in WWE. So, let’s know how they met and got married in detail.

Jon Moxley and Renee Young’s Married Life. Who Is Their Daughter?

Renee Young and Dean Ambrose are one of the most enigmatic couples on WWE television. It is unknown where they met first, but we assumed they met first time in the WWE. In March 2015, the couple made their relationship public. Renee revealed the complexities of their relationship, adding that despite Dean’s regular appearance on television, people didn’t really know him for the man he was.

Later that year, Ambrose revealed their relationship, stating he was dating the “most gorgeous, most fantastic female in the world.” Finally, the love birds tied the knot on April 9, 2017, at their Las Vegas home. They married around 1 a.m. on Sunday. They each contacted a 24-hour Pastor and had a friend serve as a witness during their marriage.

The 35-year-old former WWE and Total Divas actress and her wrestler spouse Jonathan Good (aka Jon Moxley) have given birth to their first child, a daughter called Nora, on June 15, 2021. She declared the news on Twitter, saying that her “baby girl is officially here” and would be “checking out and becoming a mom.”

On September 19, 1985, Renne Paquette was born in Toronto, Ontario, Canada, whereas Jon Moxley was born in Cincinnati, Ohio, on December 7, 1985. They both are born in the same year but, Renee is monthly older than Moxley. Paquette applied to numerous institutions after high school and began training in improv comedy.

Furthermore, Moxley was a passionate wrestling fan who loved Bret Hart. He utilized wrestling to escape from his tough childhood by viewing videos and reading stories about the sport’s early days.