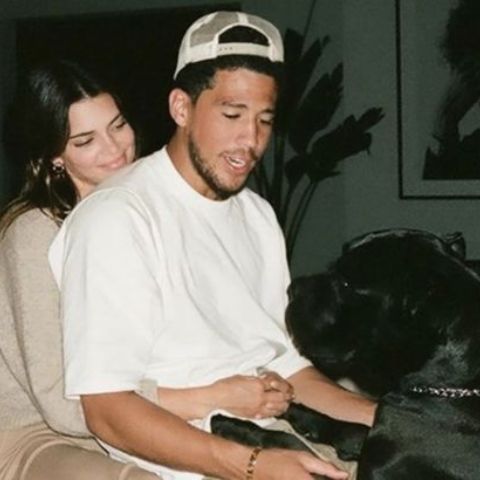 Last week, Kendall Jenner and her basketball player boyfriend Devin Booker were driving through Mississippi when they saw a horrible Truck accident. The couple exited their vehicle to explore what was creating the traffic block and witnessed the aftermath.

According to The Sun, videos and images from the scene show the couple appearing shocked at their witnessing. Jenner may be seen exiting her vehicle with her hand over her mouth, gazing around. According to the site, the accident happened about 12:40 p.m. local time when a car carrying a tractor lost control on the roadway.

The truck driver was flung from the vehicle after collided with a barrier on the bridge and landed in Biloxi Bay. The corpse of the deceased guy was recovered from the water about an hour later, but he has yet to be identified.

Traffic was stopped, and roads were closed for the search, bringing Jenner, Booker, and others to a halt while first responders looked for the deceased. Both were caught in traffic and were not involved in the accident. According to The Sun, they were in the state to visit Booker’s old high school in Moss Point. Booker was also on hand to help inaugurate the school’s two newly rebuilt basketball courts.

The couple made their love public on Valentine’s Day in February, finally confirming their relationship after 10 months of dating. “They can’t seem to keep their hands away from each other. They have an organic relationship that isn’t forced “According to a source at InTouch Weekly. “Devin makes her giggle while while making her feel safe. They enjoy traveling together, eating extremely horrible food, watching the same movies, and there are no awkward moments.”

Despite the traumatic occurrence that both of them went through this week, it appears that it confirms that they will be together through thick and thin. After all, who wouldn’t want that out of a relationship? Devin Booker also took Kendall Jenner to meet his grandma. The two of them have not shared any photos of them together on their social media.