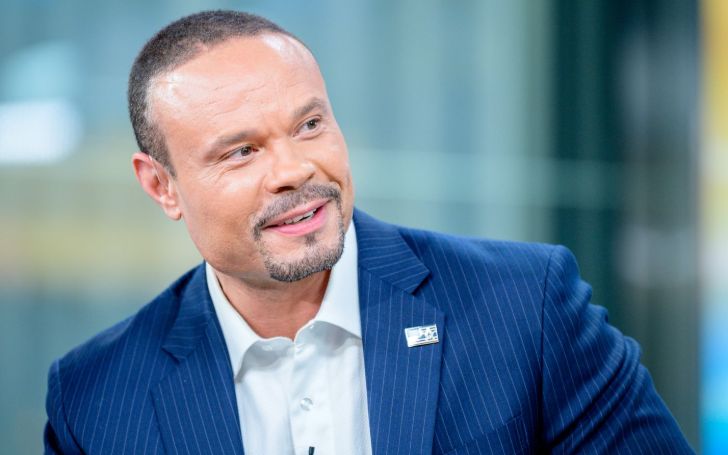 Daniel John Bongino or Dan Bongino is an American political commentator, radio show host, and author. In addition to that, he’s a politician, a former congressional candidate. He ran unsuccessfully for Congress as a Republican in 2012, 2014, and 2016. Furthermore, he previously served as the NYPD officer and Secret Service agent. His years of work records pulled him in the spotlight. He recently announced having a tumor in his throat, which also made him the topic of many news headlines. Let’s know all about him on today’s article.

As of 2020, the American radio host, political commentator, and author, Dan Bongino, holds a massive net worth of $8 million, according to Gazillions. Indeed, he’s a millionaire, and the secrets behind his financial success lie under his professional life.

Going through Bongino’s work history, he served the New York City Police Department (NYPD) for four years from 1995 to 1999. After then, he began working in the United States Secret Service as a special agent.

Bongino invested a couple of years watering his post as a special agent, and subsequently, in 2002, he started tutoring newcomers at the Secret Service Training Academy in Beltsville, Maryland. Yes, he became an instructor.

With his excellent remarks, Bongino got assigned to the U.S. Presidential Protection Division during George W. Bush’s second term in 2016. Further, he even remained on protective duty after Barack Obama became President. He left in May 2011 to run for the U.S. Senate.

Bongino life in the media industry is also quite fruitful. Until today he has been active in several local and national radio programs as a host and commentator. Further, he also served as a contributor to NRATV, an online video channel.

In December 2019, Bongino launched his own show Bongino Report. It’s the alternative to the U.S. based show Drudge Report.

Coming to Bongino works as an author, his first book, Life Inside the Bubble, was released in 2013. That book was all about his career as a Secret Service agent. Similarly, he published his second book in 2016 named, The Fight: A Secret Service Agent’s Inside Account of Security Failings and the Political Machine.

Taking about his political views, Bongino is a staunch supporter of President Donald Trump.

The conservative commentator Dan Bongino recently revealed that he was diagnosed with a seven-centimeter tumor. Sadly, that news is real, and it’s terrifying for Bongino and his family.

According to CBN, the tumor grew near his carotid artery near his vocal cords. After the news aired, all of his fans and love ones outpoured him with supportive status on social media.

It’s still unsure whether or not Bongino’s tumor is cancerous. He’ll be seeking further medical attention for his illness, hoping for a better future.

Dan Bongino, 45, tied the wedding knot with his lover, Paula Andrea. Besides being a beautiful life partner, his wife also assists him to run three businesses from his house.

The Queens College graduate Bongino is the father to his two children. Yes, he expanded his family with his wife. He welcomed two kids, both daughter Isabel and Amelia Bongio, in his life.

How rich is Dan Bongino?

As of 2020, Dan Bongino estimated net worth revolves around $8 million.

What happened to Dan Bongino?

Dan Bongino was recently diagnosed with a seven-centimeter tumor near his vocal cords.

Who is Dan Bongino wife?

Dan Bongino is married to his soulmate  Paula Andrea.