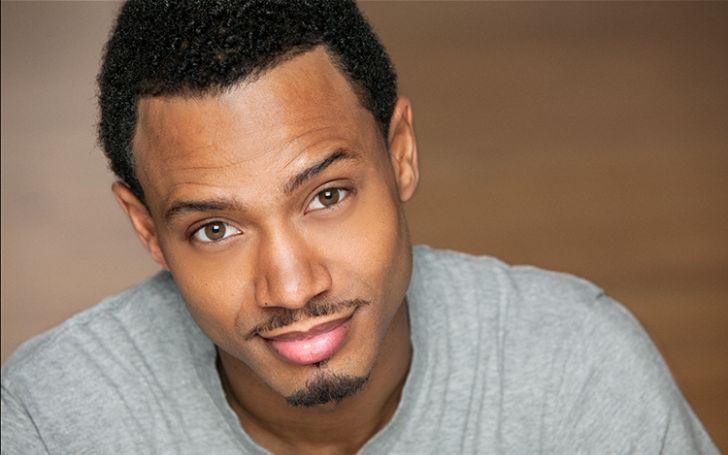 Talking about the finances and income of Terrence J, he has nothing to worry about considering his fifteen year-long career in the acting industry. Specifically, he owns a staggering net worth of $4 million as of July 2020. With such a large bank balance, he enjoys a lavishing life around all sorts of modern-day amenities.

Over the years, J appeared in different movies like ‘Sparkle,’ ‘Entourage,’ and ‘The Perfect Match.’ With his experience and expertise, he earns more than $39.84 per hour, which happens to be the average salary of an actor. Furthermore, he adds massive earnings to his bank balance from hosting and anchoring several programs like ‘106 & Park’ and E! News over the past years.

Terrence J started his career way back in 1996 in an episode of ‘Savannah.’ His breakthrough occurred when he hosted the R&B music video program ‘106 & Park’ on July 6, 2006. Furthermore, it was during that course of time when he started appearing in movies like ‘The Heart Specialist,’ ‘Stomp the Yard: Homecoming’, and ‘Sparkle.’ In fact, he played the role of Michael Hanover in the romantic comedy film ‘Think Like A Man’ in 2012, which bagged a massive $96 million at the box office.

Besides filmography, Terrence featured in different television shows like ‘Star,’ ‘Hit the Floor,’ and ‘Coupled.’ Interestingly, he also hosted the beauty pageant Miss USA 2016 and Miss USA 2017. Recently, he also hosted several episodes of Power Confidential in 2019. Surprisingly, he played for ‘Home’ roster during the NBA All-Star Celebrity Game in North Carolina in 2019.

While Terrence J might be vocal about his career endeavors to the public, he prefers to keep a low-profile of his romantic life. However, the television actor made it to the news when he dated Jasmine Sanders from 2016 to 2018. Unfortunately, there isn’t much information on how he took the breakup. Thus, there is no clue on whether the Entourage actor is dating someone or single. The television actor was involved in a hit and run case in 2018.

Speaking about the background of Terrence J, she was born in Queens, New York, on April 21, 1982. He grew up mostly in Raleigh and Rocky Mount, North Carolina, and attended Northern Nash High in Rocky Mount for education. For the undergraduate program, he completed his graduation from North Carolina A&T State University in 2004 with a degree in mass communication.

Also See: Find out about the net worth and career of Jonathan Bailey.