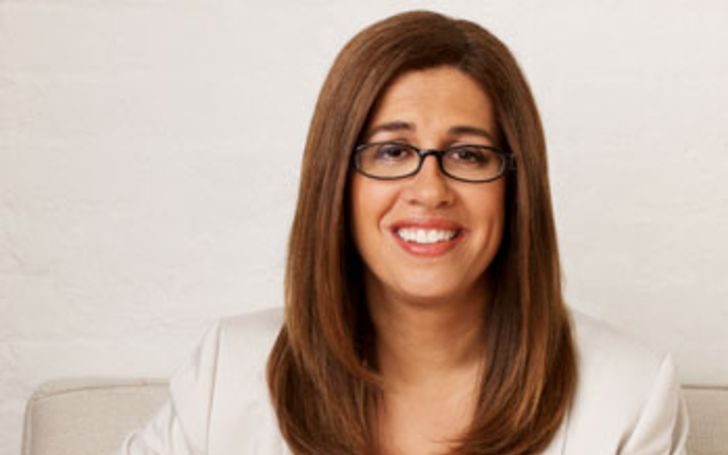 Hilary Estey McLoughlin is quite a formidable figure in the world of television and media. If you didn’t know, she is an American television producer and development executive who served as the Senior Executive Producer of The View and the non-fiction content for ABC News. Although she recently bid adieu to the show, and there’s no word on her replacement as of yet. Today we’re going to be talking about all the details on the successful lady, all from her net worth, to her career highlights.

Who Is Hilary Estey McLoughlin? Is She Married?

Hilary Estey McLoughlin was born on August 06, 1962, in the heart of New York City, in Forest Hills. She grew up around the hustling and bustling streets of Queens, NYC, and knew early on her career that journalism and Broadcasting are where she wanted to make her career. It is also why she graduated from Boston University, earning a bachelor’s degree in Broadcasting and film in 1984.

When talking about her choice of career, the 59-year-old mentioned, “The thing about Queens is, everyone’s TV is on all the time. The whole town is lit up by TVs.” Her early day memories have always been racing home at lunch from school to watch game shows even though her mother was still trying to lure her away from it.

You may also like: Australia Tennis Player Daria Gavrilova is Engaged But With Whom?

Now fast-forwarding decades, enjoying a fruitful career, McLoughlin is married to the love of her life, Daniel McLoughlin, and currently reside in New York, relocating from Brentwood. The couple is exceptionally cautious about their private affairs and rarely discuss their stuff in the media. As of now, we don’t have any information about the pair sharing a child.

What Is The Net Worth Collection of Hilary Estey McLoughlin?

Hilary Estey McLoughlin’s spent decades of her career in the field of Broadcasting and media. All these years she’s seen all that is there to the industry working as a research analyst, vice president of development, president of creative affairs, executive consultant, senior executive producer, and whatnot; the list goes on and on.

Specifically speaking about her net worth, the talented lady is still yet to public any sorts of data and information on her wealth. Nevertheless, we sure can speculate a fair amount from her years of experience. According to GlassDoor, an executive producer’s annual salary at ABC earns a handsome amount of $251,124–$273,018 wage.

The number may become here and there due to added compensation, taxes, and other factors, but through his, we can assume that Hilary’s probably made a handsome net worth collection of $1 million as of 2021. Back in 2015, she also sold her Brentwood house to relocated to New York City, which probably left her with a hefty bank balance.

Hilary Estey McLoughlin’s career shined throughout the media ever since she started working for The View and ABC News. Prior to that, she dedicated her time as the President of Creative Affairs at CBS Television Distribution. During that time, she oversaw shows like Judge Judy, Dr. Phil, Rachael Ray, and Entertainment Tonight.

In the time of late 2006 to 2013, the television executive worked as the President of Warner Bros. Television’s syndication production house Telepictures Productions under which she ran shoes like The Ellen DeGeneres Show, Extra, and TMZ.

One thought on “Hilary Estey McLoughlin”