Skip to content
Home » Entertainment » Know About RHOSLC Star Jennie Nguyen, Who is her Boyfriend? Know About her Relationship

Know About RHOSLC Star Jennie Nguyen, Who is her Boyfriend? Know About her Relationship 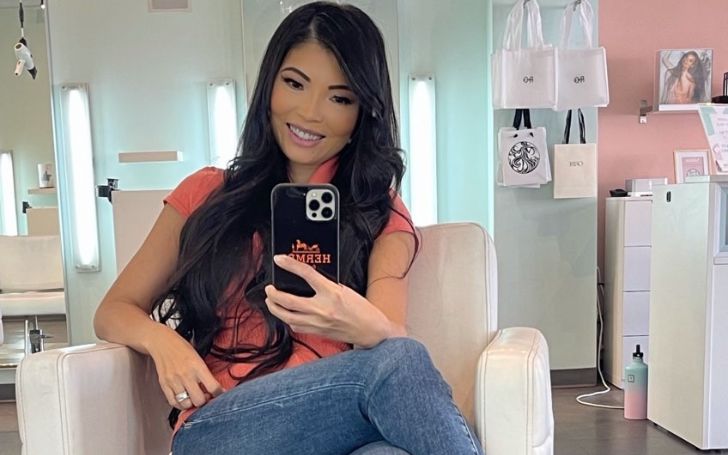 Jennie Nguyen is a reality TV star and a Vietnamese-American businesswoman. She rose to prominence after Bravo TV announced that she would return to the main cast of the Real Housewives of Salt Lake City for a second season. Nguyen and her family evacuated by boat when she was seven years old after growing up in Vietnam. Jennie and Lisa Barlow met and became friends because their sons went to the same school, but she was unfamiliar with the rest of the RHOSLC cast.

The businesswoman was introduced to Real Housewives of Salt Lake City viewers at the Season 2 debut on September 12. Fans were introduced to Jennie and her family. According to the network, Jennie, a successful entrepreneur, had multiple medical spas before selling them to become a stay-at-home mom of three. So, let’s know all details about her married life and children.

Jennie Nguyen’s Married Life. Who Are Her Children?

Jennie is a happily married woman. She tied a knot with her handsome husband, Dr. Duy Tran, a chiropractor who founded HealthQuest Chiropractic in Murray, Utah, in 1992. Dr. Tran “has been keeping world-class and Olympic athletes, medical practitioners, celebrities, and working-class individuals aligned and going strong for the past 28 years,” according to the company’s website.

The doctor is seen urging Jennie to have more children in the RHOSLC Season 2 teaser, joking that if necessary, he’ll find a sister wife. Jennie leaps to her feet and exclaims, “I’m mad!” That plot is likely to continue throughout the season. Jennie met her husband Duy through her now sister-in-law. “I went on a blind date with him because I was open-minded. We became friends, and he invited me to visit him [in Salt Lake City], where I have remained ever since. It’s been more than two decades. Before I said yes, we dated for seven and a half years. I enjoyed my leisurely pace.” She has also shared photos together on Instagram.

Also See: Jameela Jamil is in a Relationship With James Blake, Know about her Current Controversy

We had already mentioned that Jennie is the mother of three children. Atlas, her eldest son, is great friends with Lisa’s 16-year-old son Jack. She has a 12-year-old son named Triton and a 9-year-old daughter named Karlyn, who has written a children’s book called The Mysterious Forest. As a now, she and her family is living a happy life.

Jennie Nguyen was born on June 10, 1977, in Vietnam. She moved to the US at the age of seven and now holds American nationality. In addition, Jennie is 44-year-old as of 2021. The identity of her father and mother is unknown.

The new face of RHSLC is a skinny fellow. However, information on her educational background, including the schools and universities she attended, is now unavailable. Once the information is available, we will update this section.